F***ing Telemarketers makes The Call Centre look like a rosy place to work. It is a real-life version of The Office with the spirit of Jersey Shore. 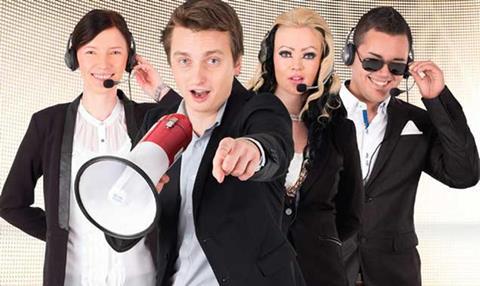 F***ing Telemarketers makes The Call Centre look like a rosy place to work. It is a real-life version of The Office with the spirit of Jersey Shore.

The workplace comedy-meetsdocu- soap captures the interactions between a team of telemarketers and their eccentric boss Miksu, who incentivises his team by transplanting them from a Helsinki suburb to the Costa Del Sol so they can work through the night and lay on the beach during the day – or work all day and party all night.

The series was originally produced by Shine Finland for Fox in Finland and was the channel’s most-watched programme, leading the pay-TV broadcaster to recommission it for a second series.

The unit was set up 12 months ago by Simon Thomas, executive vice-president of global sports and content sales, who joined the company in 2013 from Team Marketing, where he oversaw licensing of Uefa Champions League football.

Thomas has been working with former Entertainment One exec Prentiss Fraser, who is now global head of content sales, to build up its portfolio of programming.

Alongside existing Nat Geo series including Street Genius, Car SOS and Science Of Stupid, a raft of telenovelas from Fox Telecolumbia, the company is launching original formats Lucky Ladies and School For Husbands at Mipcom.

School For Husbands, known locally as Escuela Para Maridos, is a reality series that takes a group of married men and puts them through an intensive education and training programme to help them win back former lovers.

The 10 x 60-minute format was originally produced by Fox Toma 1 for Fox Life in Argentina before being rolled out in Brazil, Colombia and Mexico.

Lucky Ladies, which was originally produced by Fox Telecolombia for Fox Life in Mexico, is a docu-soap format that follows a group of women married to high-flying men.