The environment is one of the hottest political topics around the world, yet no television format has successfully managed to tap into this eco-trend to date. 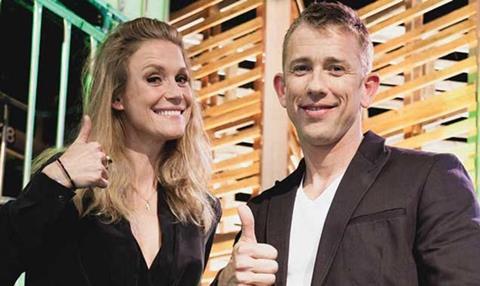 The environment is one of the hottest political topics around the world, yet no television format has successfully managed to tap into this eco-trend to date.

Dutch distributor Lineup Indus- tries is hoping that Holland Goes Green can be the first.

The show features a group of celebrities who compete against each other to see who can reduce their environmental impact the most over the course of a week.

They will have no access to heaters, washing machines, hair- dryers, dishwashers or iPads, will eat no meat, and will be unable to use their cars.

Audiences who watch the daily struggle will get an entertaining and educational insight into the impact of the celebs’ new lifestyles.

The show will uncover which celebrity and their family saved the most energy and water by having cold showers, turning off the heating and making their dog switch to a vegetarian diet.

The show was commissioned by Dutch public broadcaster NPO1 as a one-off in the run-up to the Paris Climate Convention, which will be held in November. It was subsequently renewed for a stripped 5 x 30-minute run, with a 1 x 60-minute primetime episode.

The broadcaster also built a specially developed mobile app, downloaded more than 50,000 times, that helped people look at their own eco impact.

The show was produced by Skyhigh TV, the Dutch indie best known for producing The Bully Project, the controversial format that helps victims of bullying reveal the impact it has had on their lives. The Bully Project was picked up by ITV after its Dutch debut, with Jamie Oliver’s Fresh One producing.

Lineup Industries, which was set up by former Sony Pictures Television format chiefs Ed Louwerse and Julian Curtis last year, is hoping that Holland Goes Green can replicate this success as they launch the format in Cannes.