Hot Picks: In Search of the Condor

Celebrities have danced, dived and dined for the purposes of entertainment, and in this new format from Warner Bros, they are taken bird-watching. 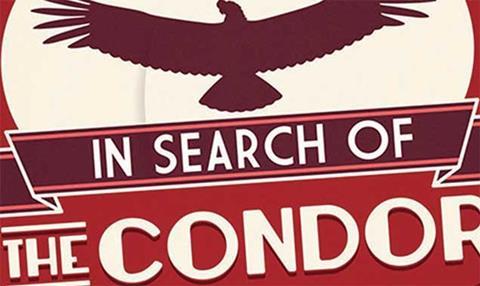 Celebrities have danced, dived and dined for the purposes of entertainment, and in this new format from Warner Bros, they are taken bird-watching.

In Search Of The Condor takes nine celebrities and matches them with passionate twitchers. They then embark on a competitive adventure to look for a variety of different birds.

As well as spotting the birds, they have to photograph them, with the birdwatcher using their expertise and knowledge to find the birds, and the celebrities taking the pictures.

The pairs travel from the Netherlands to Georgia and the Ukraine to find different birds before heading to Peru for the final round, in which they are asked to spot a condor, the world’s largest flying predator.

The show launched to steady ratings in Holland and Warner Bros International Television Production is bringing the format to Mipcom in the hope of selling international versions.

The show airs in a Friday primetime slot in Holland but Andrew Zein, senior vice-president, crea- tive, format development and sales at Warner Bros, says it might be more suited to a weekday slot in other territories.

“It’s an adventure show and a chat show, and the birdwatching works really well,” he says. “There is a competitive element but it’s more about getting an insight into each country and its avian inhabitants.”

Zein added that there has been considerable interest in the US and the show is also being developed for the UK market.