The producer behind Married At First Sight is back with another controversial format. Danish indie Snowman Productions, which created arranged-marriage show Gift Ved Første Blik for DR3 (which aired on Channel 4 as Married at First Sight), has now come up with Kiss Bang Love. 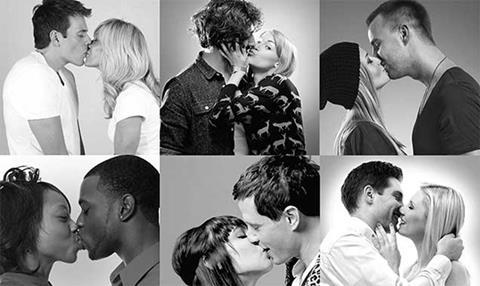 The producer behind Married At First Sight is back with another controversial format. Danish indie Snowman Productions, which created arranged-marriage show Gift Ved Første Blik for DR3 (which aired on Channel 4 as Married at First Sight), has now come up with Kiss Bang Love.

The show is based on the premise that a single person kisses around 15 people and has at least two one-night stands before finding love. It tests this with a group of single people in a TV experiment.

In each episode, one single person enters a studio blindfolded and kisses 15 single guys or girls – some strangers, some acquaintances and some former lovers.

After choosing the five best kissers, they meet again for a second kiss without the blindfold, bringing first impressions and looks into the mix. The single person then has to select two of the five for two separate nights in a luxury hotel before choosing a winner to take on a romantic holiday.

It is, essentially, a modern-day Blind Date.

“In our everyday lives, we are bombarded with different apps, websites and algorithms promising to find us love. But in reality, more people than ever are struggling to find their match and make a meaningful connection with someone,” says Harry Gamsu, vice-president of format acquisition and sales at Red Arrow International, which is distributing the format.

“What if we throw out the conventional dating rule book and start listening to what our bodies actually want? Perhaps they are the best judge of who we should be dating.”

The distributor, which owns Snowman Productions alongside UK indies such as CPL Productions and Nerd, is hoping the format can replicate the success of Married At First Sight, which has been sold into markets including the US, UK, Germany and Russia.

“This is a brand new way to approach the dating and relation- ship genre. Given that the originators of Married At First Sight have created it, the key pillars of great storytelling, casting and highly emotional moments are all there,” says Gamsu. “The self-contained episodes and risqué top-line will always draw an audience, but they will stay to support our hero in her or his quest for love.”

The show has already been remade by RedSeven for ProSieben in Germany and further deals are expected. “We are getting a lot of early interest in the show ahead of Mipcom,” Gamsu says.

Kiss Bang Love and Married At First Sight tap into a new breed of social experiment, a genre that is performing well around the world.

“Social experiments are in high demand internationally right now,” says Gamsu. “Innovative formats that deal with issues and problems your average viewer at home can relate to will always be popular.”

“This moves social experiments from their proven ground in relationships into people’s wider family lives,” says Gamsu. “The show tests the idea that people on low incomes should be trusted to make their own decisions about how they’re helped financially by gifting them a year’s salary in one lump sum – no strings attached.”

Outside of the social experiment genre, Red Arrow is launching US reality competition Diet Wars. The 8 x 60-minute format, produced by Kinetic Content and launching on ABC in 2016, pairs six overweight people with six diet experts in a competition to lose the most weight.

In drama, the firm also has a number of new series including Cleverman. The sci-fi thriller, which will air on ABC (Australia) and Sundance (US), stars Game Of Thrones’ Iain Glen and is set in the near future, when a species from ancient mythology arrives on Earth.