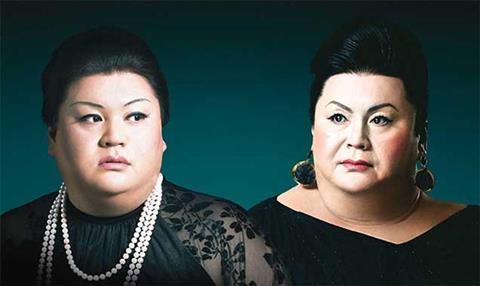 Matsuko-Roid follows Deluxe, who made his name on talk shows including Goji ni Muchu! and Honma Dekka!?, and his life-size android, which was developed in association with Professor Ishiguro of Osaka University and advertising agency Dentsu.

The robot travels around Japan interviewing people in rural areas far from Tokyo, while its human ‘owner’ watches from a studio.

The idea is that by the end of the series, the robot, which has silicon skin and state-of-the-art electronic actuators, will be free from its operator and able to act on its own.

The series launched in Japan in April and was watched by more than 10 million viewers. The Japanese broadcaster is now hoping to tempt international broadcasters to launch their own versions.

The company is keen to replicate the success of its business format Dragon’s Den, which is celebrating its 10th anniversary this year.

At Mipcom, it will be discussing new international versions of the hit show, which airs on BBC2 in the UK and ABC in the US (as Shark Tank). It will also be launching observational reality gameshow The Kindergarten and drama series Death Note, which is based on a comic book.

Yukiko Kimishima, divisional president of international business development at Nippon, said: “We are confident that these three projects will be well received by viewers around the world.”