I Can See Your Voice; Game Of Talents; Line of Duty; Ade on the Frontline 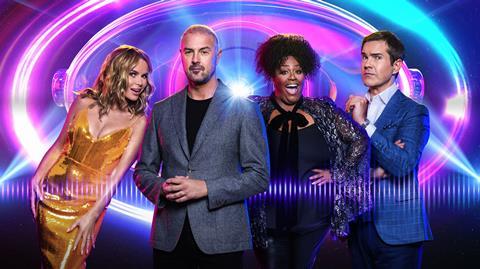 I Can See Your Voice, BBC1

“It works. The format is simple and the panel gels nicely. The best thing about it is the absence of unkindness. It’s just a jolly hour of uncomplicated fun.”
Anita Singh, The Telegraph

“Truly, wholeheartedly, unhinged, I Can See Your Voice is a sort of demented redemption for all the bad singers cruelly manipulated into humiliating auditions. Is the show itself good or bad? Impossible to say, but it definitely exists. There’s no unseeing it.”
Rachael Sigee, The i

“It was all far too complicated, and so intensively stage-managed and edited that the end result lacked any spark of spontaneity. What it did have was a hook to keep us watching — I don’t say watching with much enjoyment, but hanging on to the end, to see who the couple finally picked and whether their intuition was right.”
Christopher Stevens, Daily Mail

“It is clear the show is a calculated attempt to tap into some sort of current moment in TV but it fails on every front. I still like Alison Hammond. As for the rest of the programme: I think it should be handed over to the state to be destroyed.”
Joel Golby, The Guardian

“An old-fashioned Saturday evening variety smorgasbord. This is a neat twist on the traditional talent show, and entertaining enough.”
Christopher Stevens, Daily Mail

“It does a solid job of balancing stone-cold reality with the question most people want to hear the answer to, particularly on a Sunday evening: can anything be done to stop it? Ade Adepitan is not so much a cool, analytical reporter as a presenter who is continually in awe of the magnitude of what he is seeing, but he is clearly very good with people, and is able to convey a message of hope through them.”
Rebecca Nicholson, The Guardian

“This was an episode of two halves, the first half-hour being snoringly slow and the second being the exact opposite. We were overdue a balaclava shootout so it was a relief to get a bit of the old va-va-voom. Anyway, this was the first four-star episode this series.”
Carol Midgley, The Times

“After three lacklustre weeks, Line of Duty is back to its best. Episode four was an absolute belter. You knew the ambush was coming and yet it was heart-in-your-mouth stuff. The episode played to all of Line of Duty’s strengths.”
Anita Singh, The Telegraph