“A glorious mess of ideas, a potent, fizzing monument to the creativity of its makers” 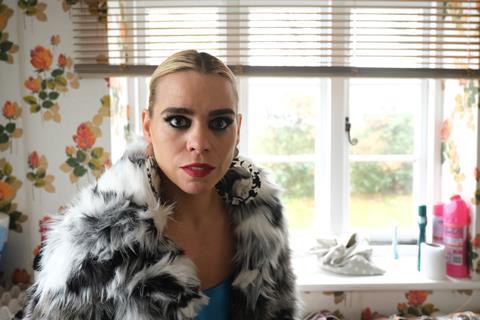 “As well as wit by the bucketload and a searching intelligence informing the whole, the series has the thrilling confidence of a collaboration between people who trust each other implicitly and, secure in that knowledge, have been able to give the best of themselves to us. It’s a wild ride that feels like an absolute gift.”
Lucy Mangan, The Guardian

“I very much enjoyed it as a portrait of a stupid, soulless world. It is gratifying to see Piper in a TV role where she can stretch her legs, show her class and use to the max her mesmerically expressive face. This was bold and intelligently acted television.”
Carol Midgley, The Times

“Like I May Destroy You before it, I Hate Suzie is a glorious mess of ideas, a potent, fizzing monument to the creativity of its makers. Lucy Prebble’s script is typically sharp, occasionally reaching Succession-like heights of jet-black satire, though most of the best quotes are unprintable in a family newspaper.”
Chris Bennion, The Telegraph

“It’s a timely idea, and Piper draws fearlessly on her own past. But the story hasn’t been thought through properly, and relies too often on cliches, such as a flat phone battery. Ambitious, but it needed much more work.”
Christopher Stevens, Daily Mail

“Location has become one of C4’s most successful series, but excerpts from this episode were a reminder it was commissioned when the channel was looking for ways to make shows for under a tenner. The handheld camera-work looked like it was done by a passing jogger.”
Christopher Stevens, Daily Mail