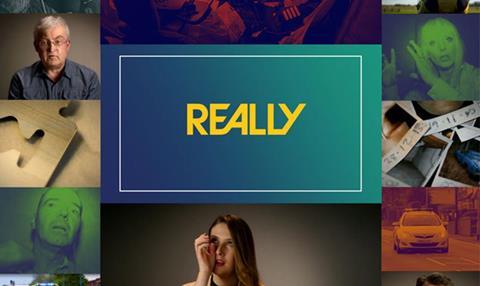 UKTV’s in-house creative team has rebranded lifestyle channel Really including the introduction of the strapline ‘Life on TV’. The on-screen rebrand includes new typography, colour palette and idents featuring a series of interviews with Really viewers. The broadcaster launched its in-house creative arm in 2015.

The Love Island app is to be relaunched after ITV signed a multi-year deal with fan interaction service Monterosa. Along with an app supporting the ITV2 format, Monterosa will also use its Lvis platform to create apps for The X Factor and I’m A Celebrity…Get Me Out Of Here later this year. In the last 12 months Monterosa’s Europe-wide portfolio of TV-related apps have generated over 515m interactions.

The shortlist for the RTS Student TV Awards 2017 has been unveiled ahead of the 16 June ceremony at the BFI Southbank. Awards will be handed out across six categories – animation, comedy & entertainment, drama, factual, news and short feature – at both undergraduate and postgraduate level. Separate prizes will be awarded for camerawork, editing, production design and sound. Click for a full list of nominees.