Inside the Christmas Factory; Christmas at Chatworth House; Four Weddings and a Funeral

“Greg Wallace was not just excited, he was borderline hysterical, whipping himself into a frenzy about a delivery of liquid egg and gurning insanely.” 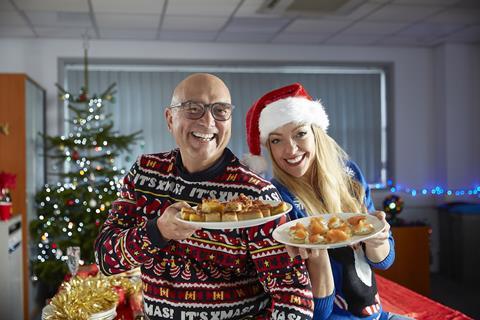 “Greg Wallace was not just excited, he was borderline hysterical, whipping himself into a frenzy about a delivery of liquid egg and gurning insanely, like a man looking through a slit at a peep show and very much liking what he sees. At one point he panted over something or other, bellowing that there was a ‘rich sticky mess’. Gregg, mate – please.”
Carol Midgley, The Times

“His excitement at the sight of a vibrating sieve wasn’t so much delirious as an outburst of religious ecstasy. If a choir of angels had descended at that moment to bring glad tidings, Gregg would have had no way to express greater joy. The brief moments of sanity were more interesting.”
Christopher Stevens, Daily Mail

“This charmingly uneventful documentary followed preparations for the Christmas season, when the house is transformed into a winter wonderland. As is the way with this sort of programme, there was a concerted attempt to inject drama into the proceedings. But the workings of the house were much more interesting, including the staff member who has 60 clocks to wind each week and has assigned personalities to them all.”
Anita Singh, The Telegraph

Four Weddings and a Funeral, Starzplay

“Here Britain has been reimagined by a team of Americans who have possibly never been here but have definitely watched that London episode of Friends. While the television series has kept the basic weddings and funeral structure – and Richard Curtis on board as executive producer – it has almost nothing in common with its namesake.”
Anita Singh, The Telegraph