Inside the Foreign Office

“It is, technically, an exciting time to be an international diplomat. The problem is that this is just not very thrilling to watch” 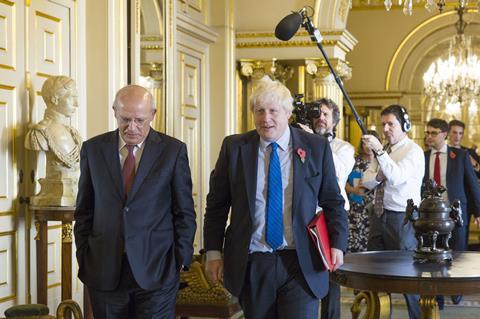 “It is, technically, an exciting time to be an international diplomat. Their mission is smooth sailing, after all, and there are choppy seas everywhere. The problem is that this is just not very thrilling to watch. You have to bring an awful lot of previous interest and knowledge to stay with it.”
Lucy Mangan, The Guardian

“Inside the Foreign Office afforded us a splendid nosey through steamy Whitehall windows, but — may God forgive me for saying this — it could have done with a touch more Boris Johnson. While diplomats are genuinely interesting people and wear their influence lightly, they are also inevitably quite diplomatic and are never going to make a gaffe on camera. Johnson isn’t. He’s a shoot-from-the hip loose cannon and thus a documentary-maker’s dream.”
Carol Midgley, The Times

“I feared it would be a long hour, and so it proved. Much of the diplomatic work covered was important and admirable, focusing on Russia, Burma and Ukraine. But, unfortunately, people doing good work does not make a riveting documentary, and the pace flagged. At least Boris Johnson added a little life – imagine what this would have been like if, say, Philip Hammond had been the minister involved.”
Terry Ramsay, The Telegraph

“At the outset of this three-part documentary, we had all the usual promises — how the Beeb’s cameras had obtained unprecedented access, how we would understand as never before what diplomats actually do. What this meant was we got to see the stultifyingly dull bits. If you’d ever longed to know what diplomats eat for breakfast or lunch, this documentary must have been an unending source of fascination.”
Christopher Stevens, Daily Mail