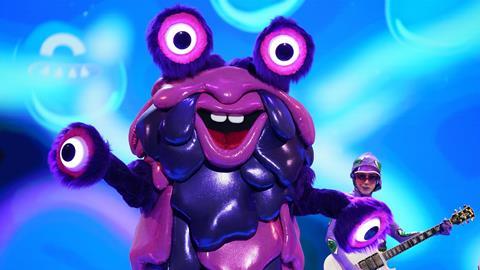 Fox Alternative Entertainment (FAE) has forged a first-look development deal with the creator of global phenomenon The Masked Singer.

Wonwoo Park and his Seoul-based label dI turn have signed an exclusive deal with the US broadcaster’s in-house studio to jointly develop series for the US and international market.

The debut project for the partnership is a US version of Korean singing competition Lotto Singer, which FAE is co-developing with dI turn.

FAE and Park’s deal follows the longstanding relationship derived from The Masked Singer, which is currently in its sixth series on Fox. Currently the US’ number one primetime entertainment show, the format has spread around the world with adaptations in over 60 countries, including ITV in the UK.

Park is chief executive of dI turn, and has been a series writer, creator and producer with the company since 1997. Besides devising The King of Masked Singer, his credits include CJ Entertainment & Media’s Top Gear Korea, Mama and The Song Was Born.

“Thanks to the creative genius and vision of Wonwoo Park, the success of The Masked Singer and the impact it has had on Fox and numerous other networks throughout the world cannot be understated,” said Allison Wallach, executive vice-president and head of FAE. “Wonwoo’s ability to identify and develop concepts that are unique in premise and universal in appeal makes him one of the most innovative producers in the business, and we are excited to see where this partnership will take us.”

“Korea had long been an unnoticed market, but over the last few years formats such as The King of Masked Singer have been sold all over the world,” Park added. “Many K-Pop singers are massively popular around the world, and Korean production companies clearly have the ability to produce high-efficiency programming. I expect this collaboration with FOX to create more hits; and our team here at dI turn is ready.”

The partnership follows FAE’s launch of a £70m global format fund in September, aimed at helping producers develop unscripted formats for international broadcasters. Speaking to Broadcast recently, Rob Wade, Fox’s head of alternative entertainment and the fund’s manager, said the pot was established to break from the over-reliance on evergreen properties and find fresh ideas.

Fox doubles down on Joe Millionaire

In related news, Fox has commissioned a revamp of 2003 dating format Joe Millionaire. Set to air in January 2022, Joe Millionaire: For Richer or Poorer,

A twist on Fox’s original unscripted hit, the series will feature two single men – a millionaire and an “average Joe” with little to his name – who will each date 20 women who have no idea which Joe is wealthy. As love connections are made and each guy finds his perfect match, the women must ask themselves what is more important love or money?

The series is from FAE and produced by SallyAnn Salsano of 495 Productions.