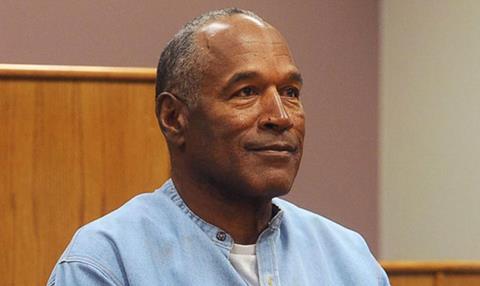 A+E Networks has promoted Rob Sharenow to president of programming across the group – expanding his remit to History. This comes after Jana Bennett decided to step down from the US cable network. Sharenow currently serves as executive vice-president and general manager of A&E and Lifetime. He will now oversee all content across History, A&E and Lifetime, as well as A+E’s other networks, which include LMN, FYI and Crime + Investigation.

Elsewhere, A&E is to air a two-hour special on O.J. Simpson’s robbery conviction. Set to air in October, Guilty: The Conviction of O.J. Simpson (w/t) will analyse new details and revelations in the case. The announcement came on the back of Simpson being granted parole on Thursday (20 July) after serving nine years of his nine-to-33-year sentence for kidnapping and armed robbery. He is expected to be released in October.

The Discovery-owned cable network is bringing back the home design series with original host Paige Davis, 10 years after it last aired. The programme, which finds homeowners swapping keys and redecorating a room in each other’s homes, is produced by Endemol Shine North America-owned Authentic Entertainment, and based on Endemol Shine UK format Changing Rooms.

TLC has also ordered hour-long special Growing Up Evancho from Studio Lambert. The series will follow the family of America’s Got Talent winner Jackie Evancho, who sang the national anthem at US President Donald Trump’s inauguration. The special is to air on 9 August.

FremantleMedia India has linked with publisher Penguin Random House India to create a webseries based on Durjoy Datta’s novel World’s Best Boyfriend. The series, which is to launch in December on FM’s YouTube and Facebook channels, marks the first tie-up between FremantleMedia and a publishing house. FM’s other web series include BBC3’s Eating with my Ex, from FM UK’s Shotglass Media, as well as Confessions – It’s Complicated, from India’s Got Talent and Indian Idol producer FM India.

The Channel 5 and MTV owner has inked a multi-year content partnership with writer-director Tyler Perry. The deal covers TV, film and short-form video, and will see Perry producing about 90 episodes annually of original drama and comedy series for BET and other Viacom networks. The company will have exclusive distribution rights to short-form video content, while Paramount Pictures will have exclusive first-look rights on any new feature film concepts by the Madea and Meet the Browns creator. The film agreement goes into immediate effect, though the TV and short-form video arrangement will kick off in May 2019, following the expiration of Perry’s exclusive agreement with OWN. Viacom’s agreement will extend through 2024.

BBC Worldwide and Australian broadcaster ABC Kids have co-commissioned animated pre-school series Bluey. The 52 x 7-minute series from Charlie and Lola creator Joe Brumm follows a six-year-old Blue Heeler puppy, and will be set in Australia. It will first air on ABC Kids in 2019, followed by TX on BBC Australia. BBCW holds global merchandise and licensing distribution rights. The series will be exec produced by ABC head of children’s television Michael Carrington and BBCW director of children’s content Henrietta Hurford-Jones.