“Somehow constant comic undertones persist, as inescapable as they are intangible” 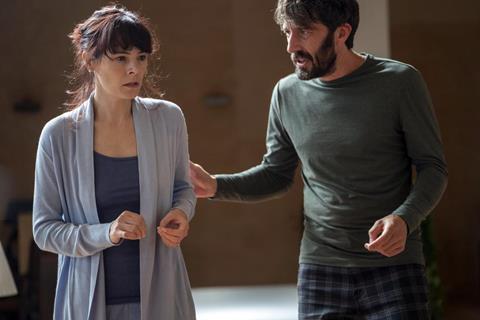 “Intruder is a hammy, implausible yet oddly delicious tale of a ghastly man doing a ghastly thing then getting his sop of a wife to take the blame. And then, probably, watching his life implode messily thanks to Sally Lindsay, who plays a family liaison officer. It definitely won’t boost the popularity of journalists, but then what TV drama ever does?”
Carol Midgley, The Times

“I think, so far, it’s meant to be high drama. There is no humour in the script or anyone’s faces. But somehow constant comic undertones persist, as inescapable as they are intangible.”
Lucy Mangan, The Guardian

“The latest in Channel 5’s never-ending parade of thrillers, Intruder, felt more like a play than a TV show. Not a West End must-see, though; more a production by the local am-dram society you’re guilt-tripped into watching because your brother’s girlfriend’s sister plays the lead.”
Emily Baker, The i

“There were echoes here of his time spent making a film on Jimmy Savile. Was Theroux going to admit to journalistic failure? Not quite. Exotic was a persuasive character, the presenter explained, whose posturing was a cover for his vulnerabilities. So if this film wasn’t a mea culpa, what was it?”
Anita Singh, Telegraph

“For anyone who lapped up Tiger King, Louis’s analysis was intriguing: he sees Joe as a demented cult leader, with big cats instead of disciples. But he wasn’t happy with his interviews, feeling he ‘tiptoed around’ Joe. ‘It’s odd to see,’ Louis mused, ‘how much I seemed to somewhat like him.’”
Christopher Stevens, Daily Mail

“The programme did a thorough job: giving us a tour of Christie’s beloved Devon home, Greenway; sending Bettany Hughes to the British Museum to reference the author’s passion for archaeology; visiting the Isokon building in north London, where she lived for several years. The latter was a reminder that, however vintage her murder mysteries seem to us now, Christie was a very modern woman.”
Anita Singh, Telegraph

“I agreed that everyone has their favourite on-screen Hercule Poirot, which they consider the definitive performance. Mine is Peter Ustinov. Death on the Nile and Evil Under the Sun banked cosy childhood memories that last to this day. However, I realise that is probably unfair. David Suchet is, after all, the only actor to have portrayed Poirot in every Christie story during his stonking stint on ITV, which he did with aplomb.”
Carol Midgley, The Times