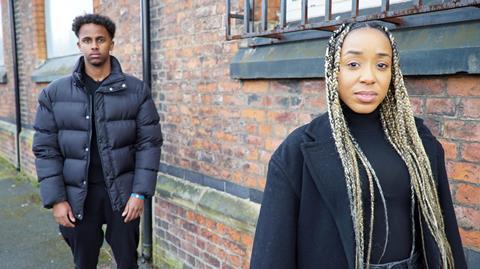 “The programme might have done better to focus more tightly and drill a bit deeper. There was an overall scattergun feel that left the material undersupported. Of course that material remains powerful, and Prof Richardson’s explicit description of universities as ‘institutionally racist’ was a coup, but a documentary needs to do more than point the camera at what felt, at times, like a random assortment of examples put together in something of a rush.”
Lucy Mangan, The Guardian

“Linda Adey’s investigation certainly showed that many universities are opaque, sluggish and rather imperious when it comes to investigating complaints of racism made by students. At a time when many accuse universities of being ‘too woke’ this was an eye-opener.”
Carol Midgley, The Times

“Is uni racist? The documentary didn’t answer the question, because it was well-intentioned but journalistically lacking. It established that racist people are racist at university, and the universities mentioned here were terrible at handling it. But was racism at the root of that response? And can all universities be swept up by the title when the programme featured only a handful?”
Anita Singh, The Telegraph

“Is Uni Racist? was a meticulously reported documentary presented by journalist Linda Adey, which investigated the extent of racism in British universities. Adey proved to be both a dogged reporter and a sensitive, skilful interviewer as she met other students who had been victims of racism. This was a punchy and important watch.”
Gwendolyn Smith, The i

“This has been an excellent, although occasionally repetitive series. I admit to being gobsmacked at the sheer scale of corruption in the Met and City of London police at the time.”
Carol Midgley, The Times

“Todd Austin’s engrossing series has illustrated these stories, told via excellent contributions from detectives who witnessed the corruption and journalists who covered it, with great style.”
Anita Singh, The Telegraph

“This appreciation of a heroine in two world wars was inspirational.”
Christopher Stevens, Daily Mail

“This charming, frivolous series has become one of the high points of the week, with its combination of cameraderie and competition.”
Christopher Stevens, Daily Mail