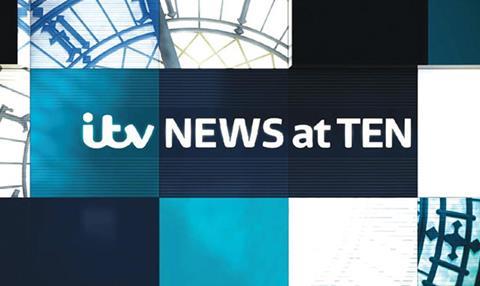 How it was done Jump’s work builds on the show’s visual heritage, incorporating the iconic images of the globe, a map of the UK and Big Ben’s clock face, all of which have been central to News At Ten’s identity since its first broadcast. With this as a starting point, Jump head creative Richard Norley and senior animator Russell

Mann developed a grid of multiple images, turning them into rotating 3D cubes. The front faces of the cubes then combine to form an animated world map with a rolling sunrise designed to refl ect different time zones. As the cubes rotate, a refl ective surface allows the viewer a glimpse of different world views. The sequence was built using Cinema 4D and After Effects.

Watch it Nightly on ITV