“Finding Derek should be compulsory viewing for all mask refuseniks.” 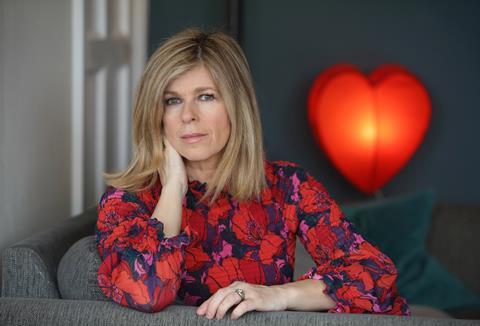 “It is hard to capture how magnificent – wholly unshowily so – she is. Garraway is a strong communicator, which you might expect from someone in her line of work. But here she is stripped of studio artifice, as she chats to the director, to us, the viewers, to people online and outdoors. She gathers information about the impact of long Covid on sufferers and their families, and you are reminded that being able to hold and diffuse attention on camera, in the right proportions, is a gift. Soundtrack aside, it is a documentary that knows what it is doing and does it well. It knows what a natural asset it has in Garraway and puts her to good use.”
Lucy Mangan, The Guardian

“What a remarkably warm, honest and resilient person Garraway is. Practically minded down to her tinted roots, she also has a capacity for laughter that was just as striking throughout. Television is awash with stories of resilience and fortitude, often told by celebrities showing us what nice people they are. Yet this was love and steadfastness made flesh and in the raw from a person using her public profile for wholly positive and selfless ends.”
Ben Dowell, The Times

“With remarkable honesty, the Good Morning Britain anchorwoman discussed her fear of having to give up work and become a primary carer. Yet her pep and positivity was frequently inspiring to behold. Filmed video diary-style by director Lucy Wilcox, the documentary was unflinchingly intimate. It didn’t gloss over the domestic chaos of parenting during a pandemic or the mundane reality of family life being put on hold for a year.”
Michael Hogan, The Telegraph

“It was a candid look at a brave woman who is barely beginning to come to terms with her grief — who doesn’t yet know exactly what she has lost or what disabilities her husband faces in the years ahead. For all her positivity, there’s no happy resolution and little that can be said except how unutterably awful it must be for that poor family.”
Christopher Stevens, Daily Mail

“Finding Derek is tough to watch and, as such, should be compulsory viewing for all mask refuseniks, Covid deniers, vaccine conspiracy theorists and bloviating newspaper columnists who look at the current lockdown rules as an assault on the human right to host dinner parties.”
Fiona Sturges, The Independent

“It was good to see that, whatever Line Of Duty would have us believe, real coppers don’t spout garbled streams of letters and numbers like computer code. They talk in English. And the macho outrage of small-time crooks brought to justice by a female detective, DS Julie Connor, was quite satisfying.”
Christopher Stevens, Daily Mail

“This was a show that flippantly facilitated potentially life-changing events in order to make television. We were told repeatedly that this was a ‘groundbreaking project’ but, in practice, that meant a blended monstrosity of exploitative reality show, pseudo-social experiment and business pitch for a future co-parent matchmaking empire.”
Rachael Sigee, The i

“When I first reviewed this show, I enjoyed it – it felt fun, frothy and well timed. Unfortunately, as the contestants have dwindled, so too has the energy. With only two left, it felt like we were slogging it out with them.”
Rachael Sigee, The i