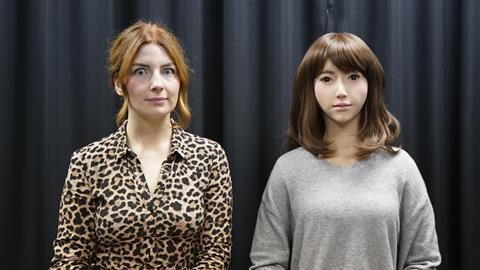 “I like Kevin McCloud but as far as I’m aware, he is no more qualified as an authority on the environment than the hosts of Homes Under the Hammer. Yet here he was giving us a stream-of-consciousness about food waste, population growth and greenhouse gases. It all smacked of a bunch of junior TV researchers spending a couple of days on Google.”
Anita Singh, The Telegraph

“Nothing McCloud envisaged resembled the futurism that James Burke and Raymond Baxter used to explore on Tomorrow’s World. All of the innovations he foretold exist right now: they have to, or he wouldn’t have been able to show them to us. This was Channel 4, so Kevin had two basic questions: will we have to eat insects in the future, and will we have sex with robots? And because it was Channel 4, the answers were yes and yes.”
Christopher Stevens, Daily Mail

“Musician Angela Moran was looking backwards as she explored her Irish roots on A Very British History, but what she found out offered genuine hope for the future. The documentary took a dark turn with IRA recruitment in the city during the Troubles, and the horror of the pub bombings. But two generations on, ‘Brummagem’ loves its Irish families and celebrates St Patrick’s Day with enthusiastic revelry. Divisions have healed.”
Christopher Stevens, Daily Mail

“There was wonderful archive footage from the first wave of Irish men and women who came to work in England’s second city. Moran was keen to stress the joys of being Birmingham Irish: the pubs and music venues where she played the fiddle, the local shops where everyone knew everyone, what it really means to belong to a close-knit community.”
Sarah Hughes, The i

“I cannot vouch for its accuracy in depicting the queer world, but I hope the feeling of novelty – of depicting something not yet, or not often enough, captured on mainstream programming to make it unremarkable – and authenticity it provides means that the underrepresented communities it depicts get to enjoy a true reflection of themselves.”
Lucy Mangan, The Guardian

“This is a show which is sometimes grating yet sneakily beguiling, in the way that beautiful, curated messiness can be. Spending five hours in Rob’s world is exhausting, but it’s also compelling, largely due to a great supporting cast.”
Adrian Horton, The Guardian