“It was outstanding. It was also enraging, horrifying and painful to watch.” 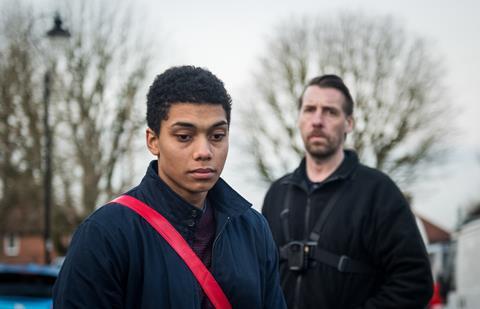 Killed By My Debt, BBC1

“It’s not often you can say that five stars aren’t enough to do justice to a TV drama, but Killed By My Debt presents one of those occasions. It was outstanding. It was also enraging, horrifying and painful to watch. The director, Joseph Bullman, showed forensically and without melodrama the human cost of iron-fisted, computer-generated debt-chasing.”
Carol Midgley, The Times

“If you haven’t seen it yet, you should. You won’t find it easy, at times it’s pretty much impossible; it gnaws at your stomach and your conscience. But it’s important because of what it says about what’s going on out there. Killed By My Debt should be played, on a loop, in the offices of Camden council and every other local authority that outsources its debt collection to bailiffs.”
Sam Wollaston, The Guardian

“In a fine performance, Chance Perdomo evoked something of Chiwetel Ejiofor’s ability to look persecuted to his very marrow. Originally made for BBC3, this was a high-impact addition to the channel’s canon of awareness-raising dramas.”
Jasper Rees, The Telegraph

“It was a decent episode, but it is still laying on the eeriness and horror-film techniques a bit too insistently for my taste. The flashbacks to the girls arriving at the school and to Appleyard’s previous life as what looks like a call girl were a welcome break from the arty dreaminess.”
Carol Midgley, The Times

“It feels like a period Australian version of Lost or Twin Peaks, an enigma wrapped in a mystery tucked inside a multi-part drama. With sexuality, class, race and colonialism lobbed into the pot, this is a reboot which, though set in 1900, holds a wobbly mirror up to the here and now.”
Jasper Rees, The Telegraph

“The point this cutesy programme missed was less about animals and more to do with ourselves. When did war and infidelity become bad for humans and stop being the things we did to survive?”
Matt Baylis, Daily Express