TV Critics: Line of Duty; All Round to Mrs Brown’s; Turkey

“Jed Mercurio’s anti-corruption procedural is as taut, pacy and gripping as ever.” 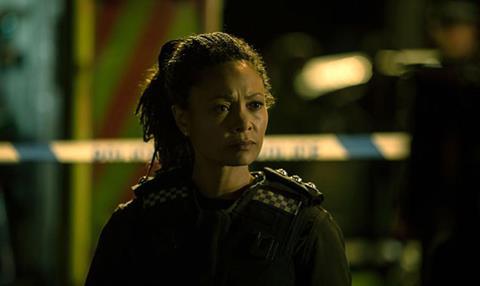 “Line of Duty has lost nothing in its move from Thursdays on BBC2 to the prestigious Sunday night slot on BBC1. Jed Mercurio’s anti-corruption procedural is as taut, pacy and gripping as ever, with the same commitment to never letting the audience relax.”
Jeff Robson, The i

“It did not disappoint. More action was packed into that opening sequence than the detective show on the other side, ITV’s Vera, managed in two hours.”
Christopher Stevens, Daily Mail

“The twist in the closing frames was horror-flick nonsense. Yet the rest of last night’s opening episode was as excellent as ever. I think we shall be OK, but yesterday’s opener pushed my boundless goodwill.”
Andrew Billen, The Times

“It all gets a bit bonkers and melodramatic at the end of the episode. Perhaps that’s what happens when writer and director are the same person. There is no one around to say: hang on a minute, are you sure?”
Sam Wollaston, The Guardian

“That kitchen contretemps strayed perilously close to fantastical. Elsewhere everything was very much as you were. Operation Trapdoor seems to be well named: a portal to a murky basement in which Mercurio looks set to inspect fake facts, whistle-blowing, and the police coming under the cosh on Twitter.”
Jasper Rees, The Telegraph

All Round to Mrs Brown’s, BBC1

“I am not allergic to Brendan O’Carroll’s Mrs Brown’s Boys, but its degradation on Saturday from bawdy post-modern sitcom to bawdy post-modern variety show was a mess. It looked to me more like the format for a theatrical tour than the television.”
Andrew Billen, The Times

“Everyone thought that chat show entertainment couldn’t get any worse than the flailing disaster that has usurped the News At Ten. But that was before panto dame Brendan O’Carroll in his cardie and nylon knickers popped up with All Round To Mrs Brown’s. He took the Saturday night variety format and slammed it into the ground so hard they’ll be sweeping up the wreckage for weeks.”
Christopher Stevens, Daily Mail

“Whether you like this will depend entirely on your view of Brendan O’Carroll’s Marmite creation. If you think (as millions clearly do) that it’s the funniest thing on telly for ages, this will be another slice of heaven. If you don’t, you’d probably prefer to spend the hour catching up on a bit of root canal work.”
Jeff Robson, The i

“Brendan O’Carroll agnostics will decry further airtime for the comedian as yet another indication that humanity has outlived its usefulness. But, in addition to a dirty mind, All Round to Mrs Brown’s had a big heart and that made it just about tolerable.”
Ed Power, The Telegraph

“Simon Reeve wasn’t sure what he was trying to do in the first episode of his two-part travelogue. Political commentary wrestled with satirical interview and holiday documentary.”
Christopher Stevens, Daily Mail

“It was useful for a Western audience to see this, a sharp reminder that, actually, around the world plenty of citizens approve of their dictators, as long as the dictators are doing alright by them.”
Matt Baylis, Daily Express