“If you haven’t seen the latest heart-stopping instalment of Line Of Duty, down tools and watch it right now.” 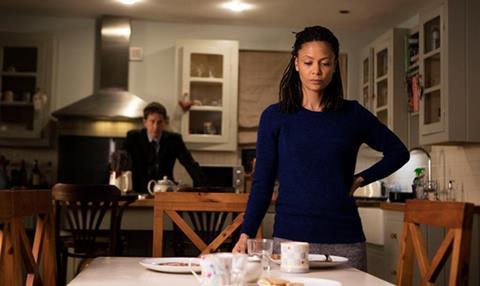 “It was literally the only television of any interest this weekend. And not just some interest, oh my God, SO much interest. Bloo. Dy. Hell.”
Sam Wollaston, The Guardian

“By the end, paranoia and suspicion were practically leaking out of the television screen. As for that cliff hanger – it had me gasping with shock. What on earth can they do to top that? Breathtaking stuff.”
Virginia Blackburn, Daily Express

“If you haven’t seen the latest heart-stopping instalment of Line Of Duty, down tools and watch it right now. This episode is simply too good to put on hold.”
Christopher Stevens, Daily Mail

“Jed Mercurio, pens social realist thrillers, but the realism in this fourth series is in serious decline. Much as I love the cast and the dialogue, this season’s plotting verges on the farcical.”
Andrew Billen, The Times

“This serial may not have caught the public mood, but there is not a bad performance in it. Jack Whitehall as the naive young master who falls for Eva Longoria’s grandly deceitful Margot is excellent. I’d take his Pennyfeather over his Alfie in Bad Education any evening.”
Andrew Billen, The Times

“Waugh is tricky to get right on screen, but there was barely a bum note in this lovingly crafted hour of elegant, acidulous entertainment. One suspects Mr W would have approved.”
Mark Monahan, The Telegraph

“As the credits rolled, one couldn’t help wondering if this damp squib of a series will get consigned to a wooden box and carried off to the great TV scrapheap in the sky. If it is to return for a second series, it needs to raise its game considerably, get a smarter script and somehow make the underused Martini a worthy predecessor to the magnificent Mirren.”
Michael Hogan, The Telegraph

“Homeland was supposed to look like a secret news report on President Hillary Clinton’s backroom battles. Instead, it feels like a sad fantasy from a bunch of wet whingers who still cannot believe the election result.”
Christopher Stevens, Daily Mail