“Fast paced and exciting, this was a triumphant return for Line Of Duty” 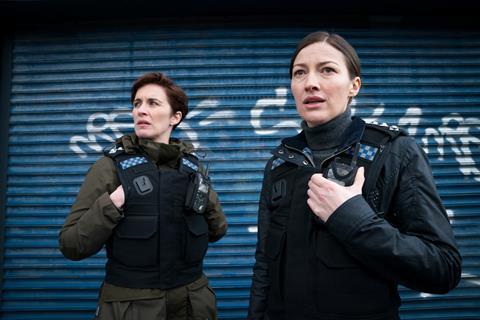 “The sixth series opens as strongly as ever. Before the hour is up the stage is set, balls are in play, seeds are planted, plates are spinning and wheels are in motion. Suspicions are gathering, at least one gasp-worthy moment has been delivered and there is altogether a fine sense that we are gearing up for an absolute humdinger of a series.”
Lucy Mangan, The Guardian

“The set-piece played to all of Line of Duty’s strengths – taut, edge-of-the-seat stuff. Jed Mercurio is the master of tension and twists. He is also pretty good at writing women and looks to have given Kelly Macdonald an intriguing backstory.”
Anita Singh, The Telegraph

“Line Of Duty roared back into action last night, jingling with jargon, bristling with the usual bells and whistles, and with tension tighter than one of Steve’s snazzy waistcoats. How marvellous to be back with the Central Police force in this blighted, undesignated town somewhere in the UK. Fast paced and exciting, this was a triumphant return for Line Of Duty, still earning its stripes after all these years.”
Jan Moir, Daily Mail

“It rarely moved out of second gear. Where was the blow-you-away Jed Mercurio plot twist? By the show’s towering standards it felt underwhelming. There is great potential here but last night’s episode was at times impenetrable, as if taking our loyalties for granted. Mercurio set himself a high bar by creating one of the best cop shows so we must hold him to it. From here on, please, less jargon and more jaws-on-the-floor.”
Carol Midgley, The Times

“It’s not that this wasn’t enjoyable – there was enough intrigue and action to keep my attention whether it’s Steve’s painkiller dependence or the ‘crazy ex-girlfriend’ reveal at the close of the episode. But the blueprint is starting to feel a little too formulaic. Let’s hope this next chapter starts sucking on diesel sooner rather than later.”
Emily Baker, The i

“After 21 series and 124 episodes, Midsomer Murders’ roster of writers might be forgiven for running low on novel ways of dispatching their victims, so full marks for this week’s episode for finding ingenious methods – all of them bee-related. Needless to say, there were several feeble bee-related puns and it was all faintly ridiculous, but crucially it kept you guessing.”
Gerard Gilbert, The i

“is truly bizarre is that for all our creative TV brilliance, Midsomer Murders is one of the UK’s most successful small-screen exports. Like it or not, this is the lens through which we’re seen. But at least we’re making the joke and get it. Midsomer Murders is gooey, sticky and delicious comedy even when there aren’t bees involved.”
Ben Dowell, The Times

“DCI Barnaby never does any detecting. Each clue is examined with distaste and discarded. Barnaby knows that, if he scowls for long enough, the killer will give up and come forward unprompted to explain all the puns. Pathologist Fleur (Annette Badland) adds to his misery and ours with a series of excruciating jokes. The cast go through the motions, following the formula and waiting in line to be bumped off as though they’re queuing for their Covid vaccine.”
Christopher Stevens, Daily Mail

“It was a perfectly acceptable run through royal history, although it assumed its audience knew nothing of the subject, or perhaps knew nothing at all. The Crown has come in for a fair bit of stick for being fiction posing as fact, but based on the evidence here, much of the Netflix drama was on the nose.”
Anita Singh, The Telegraph

“Talking head Piers Brendon was good value. But there was little here that fans of The Crown on Netflix do not know by heart.”
Christopher Stevens, Daily Mail