“A satisfying conclusion to this respectful rendering of an unbearably sad story.” 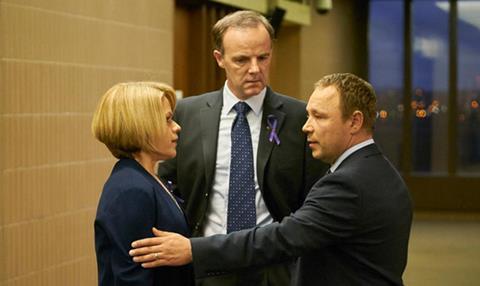 “Writer Jeff Pope ’s fine four-part drama about the 2007 murder of Liverpool schoolboy Rhys Jones came to a shattering climax with  the trial of shooter Sean Mercer. It’s testament to the quality of this powerful series that such scenes thrummed with tension, even though we knew the real-life outcome. A satisfying conclusion to this respectful rendering of an unbearably sad story.”

“It’s not often that a drama knocks the wind out of you by sheer emotional force. ITV’s Little Boy Blue has delivered some blistering blows throughout, right up to the final few minutes of the finale. I doubt I was the only one watching in floods of tears.”

Daisy Wyatt, The i

“It’s further testament to the quality of Little Boy Blue that, despite concluding as we knew it would, the finale made you feel such strong emotions: intense sympathy for Rhys Jones’s parents; disgust at the boy’s killer, Sean Mercer, and his dim mates.”

“Those Donald-Ivanka clips are not just peak weird-Trump, they’re some of the creepiest television ever, aren’t they? I wanted more – some serious (psycho)analysis – on The Weirdness, the odd father-daughter relationship and her apparent acceptance of it.”

“Fun as the film’s speculation about all this was, we still don’t really know because Ivanka — as shrewd as she was presented as being — is so sleekly composed and media-honed she’s like an immaculate fembot. One thing’s certain, though: her touchy-feely #empowerment promotional films are toe-curling.”

Doctor In The House, BBC1

“The real inspiration for this modern-day GP documentary must be 1955’s Doctor At Sea… because most of the time Dr Rangan Chatterjee doesn’t appear to have a clue what he’s doing. He drops in for just long enough to take a guess at the problem before disappearing for days or weeks on end.”

“He seems like the kind of friend who would remind you on a night out just what you were doing to your liver and your kidneys and your visceral organ-fat with every pint and kebab you got down yourself. This sort of permanent concern is somewhat naggy and tiresome after a while but it comes in very useful when people are dealing with serious, life-hampering problems.”

The Day The Dinosaurs Died, BBC2

“The graphics were excellent and the explanations were free from jargon. In the end, it was over too soon. I wanted more of Texan geologist Prof Sean Gulick, with his curls and battered Stetson like a Seventies Country & Western star. And I wanted more dinosaurs.”