“Powerful viewing, not always easy, and never letting us forget.” 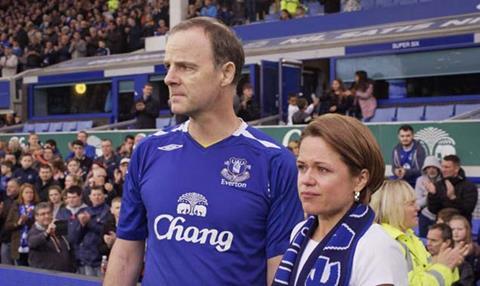 “Just two months after the gritty retelling of the kidnapping of Shannon Matthews in The Moorside comes another devastating drama of a community gripped by grief. The four-part drama could easily veer into sensationalism, but it never does.”
Daisy Wyatt, The i

“Sinead Keenan was heartbreakingly good as the boy’s mother, Mel, and writer Jeff Pope trod a fine line — revealing the impossible task faced by police, while criticising some of their handling. This story is not a natural TV drama, but it needs telling.”
Christopher Stevens, Daily Mail

“I was in bits pretty much from the off. It’s an extraordinary performance – an amazing portrait of the intensity of a mother’s grief from Sinead Keenan. Also from Brían F O’Byrne, as dad Steve.”
Sam Wollaston, The Guardian

“The approach of writer Jeff Pope was somehow forensic and sledgehammer at once. I’m not sure I needed to be told the awful story of Rhys Jones again, but one could certainly see that every teenager, from any walk of life, should watch it, if only to understand where the toxic cult of ‘respect’ can lead.”
Andrew Billen, The Times

“This wasn’t Al Capone or The Sopranos, this was crime as most people commit it and suffer from it: ugly, grubby and mean; the stupid hurting the weak. Powerful viewing, not always easy, and never letting us forget.”
Matt Baylis, Daily Express

“There are some TV quiz shows that leave you feeling dense thanks to their scholarly questions (think Only Connect). Then there are the daytime ones, which achieve the same result by different means: their baffling rules. The Boss suggested that I have the IQ of a pheasant even though I’d have answered 80 per cent of the questions correctly.”
Andrew Billen, The Times

“Finally, Bear’s show has delivered a really useful tip: if you’re going to be marooned on a desert island, forget Man Friday. Take a policewoman. For viewers hoping to see chaos, breakdowns and rampant egos, as in previous years, this is a disappointment.”
Christopher Stevens, Daily Mail