“Exploitative, heartless television, which offered a completely impractical solution to the problem of disaffected pupils” 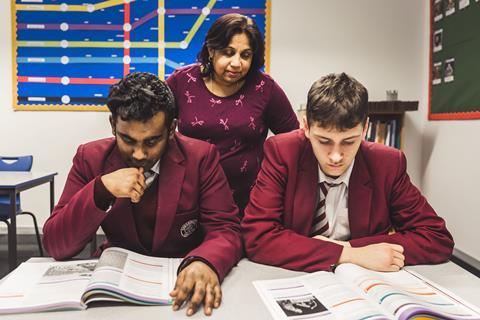 Living With the Brainy Bunch, BBC2

“The teens were humiliated and homesick. Their behaviour barely improved. Their parents were made to feel like failures, and the classmates had their lives turned upside-down for nothing. This was exploitative, heartless television, which offered a completely impractical solution to the problem of disaffected pupils.”
Christopher Stevens, Daily Mail

“Six weeks and a host of predictable mini-dramas later, including tearful meltdowns, confidence collapses and late nights out without permission. it came as little surprise that no miraculous changes were wrought in either of them. There have been some top class education-based shows on TV recently, but this was not one of them.”
Gerard O’Donovan, The Telegraph

“There were illuminating moments but the most glaring question was rather glossed over. Namely, how did the parents of the low achievers feel now that their children had shot up two grades by living under someone else’s roof? We weren’t really told and it was all wrapped up quickly. Which was a bit of a cop-out when the main lesson to be learnt here seemed to be theirs.”
Carol Midgley, The Times

“The world built by showrunner Zack Estrin is impressive, and there’s no faulting the painstaking CGI. The issue here is that the series lacks charm and a plot that grips. In need of a diligent script editor and tighter direction, this remains a series with a lot of potential. But it craves a more creative force at the helm.”
Catherine Gee, The Telegraph

“It looks great. I love the new Chariot. And it’s not unfun. But nor does it boldly go where no sci-fi show has gone before. A missed opportunity then. But perhaps it’s also reassuring – not that there’s life out there, but that, when it comes to television drama, money isn’t everything.”
Sam Wollaston, The Guardian

“The 1960s sci-fi series Lost in Space was never great – but it was at least enjoyable in its own kitsch way. Sadly, its Netflix resurrection, with all the flash CGI you’d expect, lacks that redeeming quality, resulting in a slow-paced, po-faced journey into anodyne banality.”
Rob Epstein, The i

“In the hands of Gemma Arterton playing Monroe and James Purefoy as Wilder, we might have hoped for subtlety and sophistication. But all we got was predictability and slapstick. And misogynistic slapstick at that. No attempt was made to depict Monroe as anything other than the dumb sex-bomb blonde of cinematic lore.”
Gerard O’Donovan, The Telegraph

“Watching Urban Myths was like eating a Milky Way bar — perfectly pleasant, but not much to get your teeth into.”
Carol Midgley, The Times

“It is a gripping, quick ride as it rattles along, with big bangs and fabulous locations, but it is very much in the footsteps of Homeland, The Night Manager and the Bourne movies. Even the soundtrack’s ominous descending notes of doom at perilous moments are familiar. And it doesn’t have the writing, performances or depth of character of those former shows.”
Sam Wollaston, The Guardian