“It was a tragic story, beautifully told” 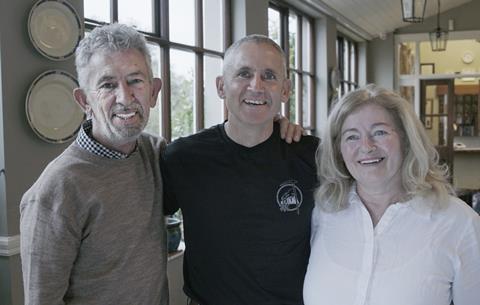 “It was a tragic story, beautifully told. Nicky Campbell and Davina McCall have the knack of squeezing out enough emotion to make it a full box of Kleenex show, but stopping short of it being too schmaltzy. Stories this gobsmacking need no ramping up.”
Carol Midgley, The Times

“This series could outlast both Davina McCall and Nick Campbell – in fact, it might run for ever. It surely will, if they can keep discovering cases that are as moving as the story of Irish couple Phyllis and Kevin, who ran away together as teenagers in the 1970s and had a baby in London. Long Lost Family is an important show, not only for the work it does reuniting people, but for the light it shines on Britain in our recent past.”
Christopher Stevens, Daily Mail

“The progamme’s emotional beats are well-worn, but each story offers its own perspective on how crucial family is to our sense of identity. I do wonder what the producers do when the story doesn’t work out – when a baby really was a much-regretted mistake, or a child abandoned by genuinely callous parents – but the Long Lost Family examples lend credence to the idea that these are in the small minority.”
Barbara Speed, The i

“It is a proper documentary: that is, it documents the lives of fishermen without romanticising them. I was braced for a gloomy programme. But it was surprisingly upbeat. The soundtrack to these moments owed much to ubiquitous American series such as Gold Divers and Deadliest Catch, but it was otherwise a portrait of real British life.”
Anita Singh, The Telegraph

“It was mostly a sobering reminder of how very many people struggled to earn during lockdown. When they weren’t contending with the virus these people were suffering the vagaries of the weather.”
Carol Midgley, The Times

“It wasn’t hard to guess that the pandemic, on top of 2020’s bad weather, would hit hard. But this episode, set in Newquay, was surprisingly positive. It cannot have been a promising picture for everyone – the spring lockdown lost Cornwall £630m in tourist revenue. But it was an important reminder, from those in this millennia-old trade, that often, things find a way of carrying on.”
Barbara Speed, The i

“You have probably seen programmes about the morbidly obese before. And you may have wondered just how complicit their family members are. It is an uncomfortable question to ask, but one that Prof David Kerrigan tackled head on. There were other things to unpack here, too. The bullies who made AJ’s school days a misery, and the parents of the kids who mocked them as an adult when they stepped outside, should watch this programme and feel a deep sense of shame.”
Anita Singh, The Telegraph

“AP Bio is zippy in the way that 30 Rock is zippy, and there is rarely a scene or a line that doesn’t at least reach for a laugh. Paula Pell, from Saturday Night Live, plays Helen as the all-time comedy-great character that she would, in any just universe, rightly become. It is a masterclass in physical comedy and far-fetched stories.”
Rebecca Nicholson, The Guardian