“This moving, intense film wasn’t really about rowing at all.” 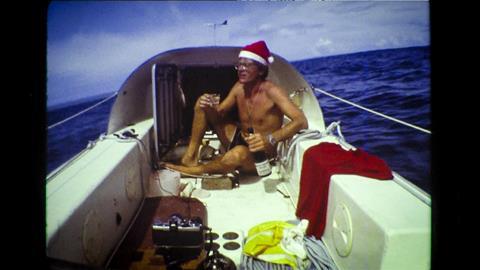 “This personal and candid documentary followed Louis on a journey to understand his father’s motivations. He was helped by a trove of footage both from news reports of the time and from Bird’s personal video diaries. There was something wonderful about the old film of him setting off on his voyages, in jeans and a sweater, with the casual air of a man going for an evening stroll.”
Anita Singh, The Telegraph

“This moving, intense film wasn’t really about rowing at all (though the footage of Peter setting out to sea in a woollen jumper and thick spectacles, as if pootling around on holiday, was excellent). This wasn’t a highly emotional film. Nothing was overplayed and I liked it for that. It was simply a quiet, dignified search for peace.”
Rupert Hawksley, The i

“It was a remarkable film made in love, but also anger, by a grieving son and enlivened by Peter’s videotapes, made when he was alone at sea, skinny, but remarkably chipper.”
Carol Midgley, The Times

“David Tennant’s superb insouciance in Des has not faltered and the finale was no exception. Outstanding performances with no weak links in the cast. It feels as if the definitive Nilsen drama is done and we won’t need another.”
Carol Midgley, The Times

“It’s a given that Tennant’s mantelpiece will be groaning with awards this time next year. However, Watkins and Mays deserve their share of the plaudits, along with the production team who managed to pull off one of the most impressive and disturbing TV dramas in years.”
Claudia Connell, Daily Mail

“I found it bloated and unsure of itself. The acting was pretty good. At times, though, the script was laughable.”
Rupert Hawksley, The i

“Although it has its moments of silliness, Criminal continues to provide a pleasingly fresh take on the police drama. I was swept up in the claustrophobia and the theatrics of it all. Leaving the viewer to work out who is telling the truth, and what version of it they are telling, should be catnip to anyone who loves a good mystery.”
Rebecca Nicholson, The Guardian