Louis Theroux: Life on the Edge; Britain’s Got Talent 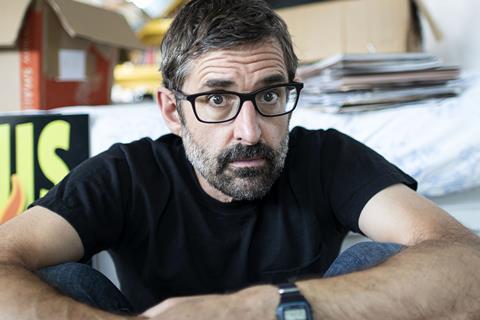 “This was fairly light fare, amounting to little more than clips and chit-chat, but an hour spent in Theroux’s company is rarely wasted. In other hands, such a retrospective might have been self-indulgent. Theroux’s fierce intelligence and insatiable curiosity ensured it was less a backslapping session, more a thought-provoking essay about the power of belief – and a reminder of the comedy value of American oddballs.”
Michael Hogan, The Telegraph

“As Theroux sifted through the cardboard boxes in his attic, then showed a relevant piece of film, it felt meandering and, as much as I love him, somewhat self-indulgent. But then the racists saved the day. There’s an unlikely sentence. Few people have a back catalogue as cracking as Theroux’s and it was an hour well spent.”
Carol Midgley, The Times

“There were a lot of clips, and not much else. But what clips they were. As ever, he was far too controlled and cautious to give anything much away. Maybe he could have permitted us a little more insight into his process. It would be interesting to see him pushed on matters of, say, unintended consequences, unspoken potential complicity, the boundary between disingenuousness and lying or hypocrisy.”
Lucy Mangan, The Guardian

“More than 20 years old, his Weird Weekends series has aged well. Louis hadn’t yet learned that knack of staying silent and letting his interviewees tie themselves in knots. But he was admirably calm in the face of some truly scary people. How he held his nerve, though, with a family of Californian white supremicist skinheads, when they suspected he was Jewish, was truly impressive.”
Christopher Stevens, Daily Mail

“Originally, these groups were covered by Theroux in separate documentaries, so to have them shoehorned into a single show made for an emotionally draining hour of television. Thankfully, our blood was reduced from a furious boil to a healthier temperature by Theroux’s constant reflection – both on his subjects and himself.”
Elisa Bray, The i

“There were too many ad breaks, as ever. The ‘virtual audience’ was essentially a supersized Zoom call projected onto a wall. Ant and Dec did their best with some slick, sparky links but this was a two-hour slog lacking in wow factor and, perhaps understandably, atmosphere.”
Michael Hogan, The Telegraph