”Quite what the point of this show was, it’s hard to gauge.” 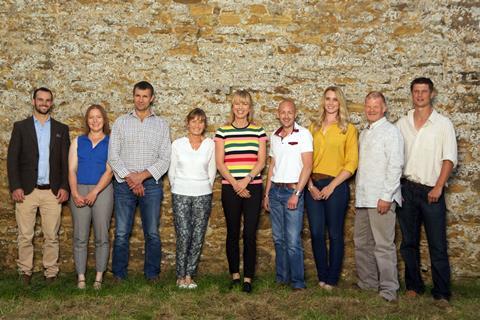 Love in the Countryside, BBC2

“Love in the Countryside, a modern twist on Farmer Wants a Wife from 2001, is higher quality in that most of the contestants are middle-aged, shy, lonely farmers in wellies working 12-hour days and possibly wearing yesterday’s undies. I don’t know what this show is doing on BBC2, but it did feature nice countryside.”
Carol Midgley, The Times

“The format, with a long parade of awkward hello hugs and shy cheek kisses, feels cumbersome. Next week, when the selected dates head back to the farm to muck in, there will be more to watch, but Love in the Countryside may struggle to shed the aura of artifice.”
Jasper Rees, The Telegraph

“It has none of the natural, date-reality of Channel 4’s First Dates. Coxy does her best to keep it moving along, with bants and a lot of alliteration. And I imagine most of the fun is yet to come.”
Sam Wollaston, The Guardian

“Quite what the point of this show was, it’s hard to gauge. No one took it too seriously — the eight lovelorn hopefuls passed around the letters and photos from applicants, and had a good laugh at some. One chap sent a snap of his naked bottom. We can only assume he’s not old enough to remember All Creatures Great And Small.”
Christopher Stevens, Daily Mail

“Watching the speed dates, which varied from outrageously flirtatious to cringe-worthily awkward, was great TV. You can see where this is all headed: comedy on the farm for inexperienced urbanites, and much competing for the affections of the rural workers. Whether love will materialise is another matter, but it’s unexpectedly gripping.”
Elisa Bray, The I

“It’s hard to sneer at Rich House, Poor House, which, yes, played us like cheap violins, but it worked. Colin’s tearful empathy for Ross and his thoughtful riffs on inequality and the poverty trap made for quite profound TV, which you can’t often say for this genre.”
Carol Midgley, The Times

“Both families were lovely. That’s not necessarily good TV — this show works best when one lot are stuck-up, selfish pigs with more money than brains. But this was a simple, appealing narrative.”
Christopher Stevens, Daily Mail

“It’s not an exploitative show this one but inevitably, the life swapping and the lesson learning is always an uneven experience. Colin’s constant checking of the electricity meter gave him and us a glimpse of the stresses of daily life on the breadline. It also reminded everyone of how, in this lopsided world, the poor end up paying more.”
Matt Baylis, Daily Express

“Britain’s Busiest Airport made its maiden voyage in 2016 and returns with the same cocktail of hard-luck stories, heart-warming stories and statistics. As all human life floods through the busiest airport in Europe, the task is simply to point and shoot. It’s snug, disposable TV, which, like the shopping malls in airports, is there to pass the time.”
Jasper Rees, The Telegraph