Lucy Worsley’s Fireworks for a Tudor Queen; The Assassination of Gianni Versace; One Born Every Minute

“Perky history with an explosive finale, but overlong at 90 minutes” 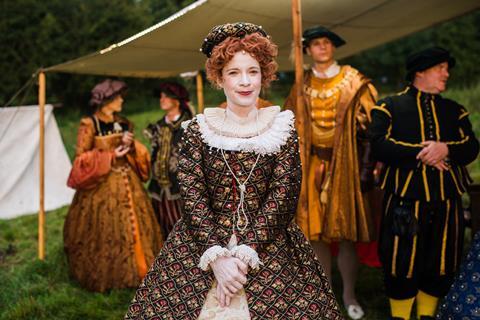 “This was perky history with an explosive finale, but overlong at 90 minutes and felt padded-out with superfluous background research.”
Michael Hogan, The Telegraph

“The good news about Lucy Worsley’s Fireworks for a Tudor Queen was that our head-girl historian only got one crack at the dressing-up box. The bad news was that she made a limited premise stretch to 90 minutes. Ninety! By minute No 61, when they started making a dragon, I was losing the will.”
Carol Midgley, The Times

“Darren Criss as the fantasist serial killer Andrew Cunanan is mesmerically convincing. The scenes in which he drove towards Florida singing euphorically to Laura Branigan’s Gloria (pretty much proof of madness), then, having been hired for sex by a businessman, manically disco-danced around the room in gerbil-smuggler undies as his client thrashed on the bed suffocating because his head was wrapped in parcel tape were so good that I rewound to watch them again.”
Carol Midgley, The Times

“Telling a story where everyone already knows the ending is always a challenge, and writer Tom Rob Smith overcomes this with strong character development of lesser-known players such as Cunanan and Versace’s lover Antonio (Ricky Martin). All that’s needed is for poor Penelope Cruz’s dialogue to get a little bit more exciting than asking people to leave a room.”
Claudia Connell, Daily Mail

“All life is here: admirable midwives; helpless dads-to-be; magnificent mothers, gasping on gas-and-air and emitting harrowing howls as they bring new life into the world; and of course, the babies, blinking in the light and bleating as their lungs fill with outside air for the first time. It might stick to a rigid template, but such human drama enabled One Born Every Minute to transcend its formula.”
Michael Hogan, The Telegraph

“This is not a show that presents the babies in their pink cherubic glory: it’s honest and it’s raw. We saw the babies being born in graphic detail, emerging a terrifying colour and disconcertingly quiet before taking their first breath. The glorious moments that the babies arrived in their mothers’ arms were captured beautifully. You didn’t need to be hormonal for the tears to flow.”
Elisa Bray, The i

“This series is filmed in Birmingham women’s hospital, so there’s a nice Brummieness to it now. A birth with Brummie accents is preferable; everyone should insist on it. Put it on the birth plan regardless of your location.”
Sam Wollaston, The Guardian