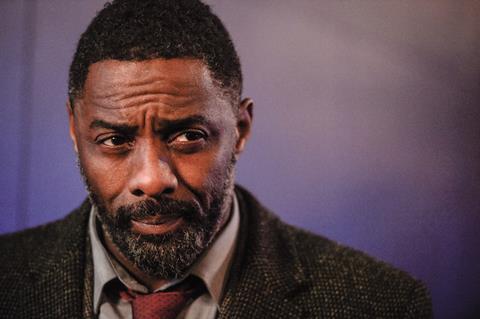 “Luther’s back! Still massive, still maverick. Still with a coat half a size too small for him. Still walking like someone only recently introduced to the concept of ambulation. Maybe that is because of the coat?”
Lucy Mangan, The Guardian

“This was a breathless opener where the next action sequence was never more than a few minutes away. Idris Elba prowled through the city streets with charismatically bruised physicality.”
Michael Hogan, The Telegraph

“Elba is a tremendously charismatic actor, and he has a worthy adversary in the icy Hermione Norris as a psychotherapist — filled with such cold contempt for the police that she seems to bristle with icicles. With two superb stars, the emphasis on demonic violence can only damage the drama and turn viewers off.”
Christopher Stevens, Daily Mail

“I never fully get Who plots, but Bradley Walsh put in a nice light-touch performance and Jodie Whittaker, who always has perfect hair and I can’t understand how, is a charismatic force who can sign off until 2020 knowing she has definitively stamped her personality on the role.”
Carol Midgley, The Times

“It’s all incredibly whizz bang, and a bit exhausting if you’re not in the mood (on New Year’s Day you very possibly aren’t). A shame, too, that Chibnall didn’t squeeze in more of the Game of Thrones-style hack and slash from the scene-setting flashback to the Dalek’s original defeat.”
Ed Power, The Independent

“The obsession of this series with Sheffield has been a strange one. It’s the third time the Doctor (Jodie Whittaker) has had to save the city in recent weeks, first from mind-melting intergalactic warriors called the Stenza, then from giant spiders, and now from Daleks.”
Christopher Stevens, Daily Mail

“Having shown in Broadchurch an exceptional skill at writing family dynamics, Chris Chibnall now extends this exploration into the broadest church of all – the universe. The show ended with a parent-child hug.”
Mark Lawson, The Guardian

“As background viewing for fans with Hogmanay hangovers, this was an affectionate trip back in time. Anyone else would have been slightly baffled by such a bloated and hastily thrown-together production. The Inbetweeners remains much-loved but this shambolic show failed to do it justice.”
Michael Hogan, The Telegraph