Making a Murderer Part 2; Child of Mine; Gordon, Gino And Fred

“Its new incarnation is as gripping as the original” 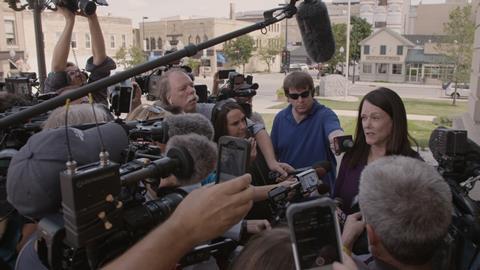 “Making a Murderer in its new incarnation is as gripping as the original and the opener clearly showed there will be enough legal twists and turns, and raw human drama, to sustain a ten-episode run. A gruelling watch, then – but an important one.”
Jeff Robson, The i

“As an updating of Avery and Dassey’s fight for freedom, the return of Making a Murderer is inevitably frustrating, their cases becoming bogged down in endless technicalities. But as a portrait of American dysfunction, it is fascinating.”
Ed Power, The Telegraph

“As a documentary, Making a Murderer is undeniably gripping and well-constructed. As with the excellent third season of Serial, it makes for a fascinating look at the impossible complications of the US legal system.”
Rebecca Nicholson, The Guardian

Child of Mine, Channel 4

“The programme’s remit was basically the same as for any documentary filming people dealing with unimaginable grief and pain. Namely – don’t mess it up; don’t flinch from the story; don’t slide into sentimentality; and maintain their dignity. All of which professional and moral duties were expertly and unobtrusively executed.”
Lucy Mangan, The Guardian

“Gordon and his faux mates obviously think they’re funny. They really aren’t. Their gags are so scripted and repetitive it becomes painful. Their timing is abysmal, and the laughs wouldn’t stand a chance even if the material was funny in the first place — which it certainly isn’t.”
Christopher Stevens, Daily Mail