“This was a brilliant documentary, regardless of whether you are a fan of the sport or not” 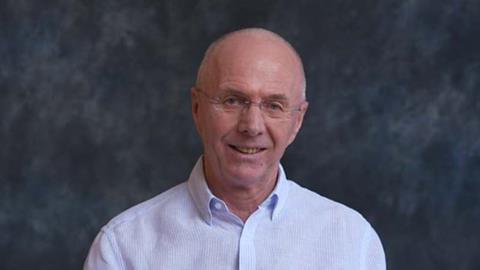 “This was a brilliant documentary, regardless of whether you are a fan of the sport or not. Structurally, Managing England was a prosaic affair, with just a selection of interviews and snippets from matches bookended with a year and a caption. This simplicity served it well, however – it emphasised just how repetitive and predictable England’s woes are.”
Benji Wilson, The Telegraph

“If you had any lingering shreds of optimism, Managing England: The Impossible Job drubbed them into the ground. Stone the crows, as Jimmy Greaves used to say, but this was depressing television. It was plain that whoever edited this documentary hated England’s football team. I suspect a Scottish National Party activist.”
Christopher Stevens, Daily Mail

“Managing England: The Impossible Job had so much ground to cover it felt rushed at times. And though it was clearly scheduled as an appetite-whetter for Gareth Southgate’s opening game against Tunisia I can’t imagine anything that would have lowered the average fan’s spirits more than this catalogue of tragicomic on-pitch ineptitude, trial by media and bureaucratic fudge. But all that makes for great telly, of course.”
Jeff Robson, The i

“A high-calibre cast of witnesses gave testimony soberly in front of a grey screen as if contributing to a crime documentary. Mournful piano and violin music played as a backdrop. Each successive manager’s name since Alf Ramsey appeared in turn as if dramatis personae in a tragedy. The tragedy obviously being that England haven’t won a significant international tournament since 1966. It was rather effective.”
Carol Midgley, The Times

“Voiced by the venerable tones of Robert Redford, this was more nature by Hollywood than natural history. There was an overwhelming use of words like magic, love and wonder, when the visuals plainly did not need talking up.”
Matt Baylis, Daily Express

“A majestic, spirit-rousing film that did not need to try to amaze. Filmed in the empty peaks and valleys of Mongolia, the footage was worthy of a landmark nature series while the story was the stuff of legends.”
Matt Baylis, Daily Express