“A millefeuille of misery, as exquisitely layered and as moreish as the real thing” 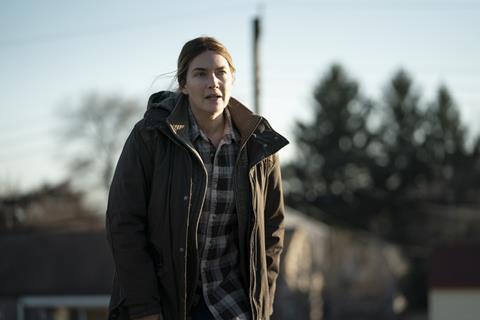 “Mare of Easttown is a millefeuille of misery, as exquisitely layered and as moreish as the real thing. If you can have a defining performance this late in a career, this is surely Kate Winslet’s. She is absolutely wonderful – and ably supported by the rest of the cast.”
Lucy Mangan, The Guardian

“If it were not for Kate Winslet’s brilliant performance as Mare Sheehan, I’m not sure I would have the stomach for another series that has a raped, beaten woman as its central ‘thing’. However, Winslet is utterly mesmeric, shorn of any glamour, make-up-free and permanently sour-faced, dressed in a shapeless lumberjack shirt that does her no favours at all and looks as if it needs a boil wash. This is no vanity role, it is a real, raw performance with Winslet literally limping around her community looking like a woman who has made peace with her misery.”
Carol Midgley, The Times

“The sense of place is Mare of Easttown’s strongest suit. Writer Brad Ingelsby is a Pennsylvania native, and has captured the claustrophobia of a blue collar, down-on-its-luck neighbourhood where Mare remains a local celebrity because she made a winning shot in a basketball game 25 years ago. I’ve had an advance look at the next couple of episodes, and it’s worth persevering. The plot gets going and Winslet makes the most of a role that in lesser hands could be a collection of tropes.”
Anita Singh, The Telegraph

“The gloomy setting and close focus on our grumpy main character set the scene for an intriguing murder mystery, but in leaving the show’s central crime until the last scene, we got to know the troubled residents of Easttown instead. Mare of Easttown worked best as a sorry portrait of backwater America, but was far from style over substance. It was slow, but all the better for it.”
Emily Baker, The i

“Lucy, The Human Chimp was one of the strangest and most upsetting documentaries you’ll see this year. I don’t know how anyone could sit through the 90 minutes without boiling with disgust at the arrogance and short-sightedness of the Temerlins. At the same time, I was left in awe of Janis Carter, whose dedication to Lucy and other chimps on the reserve was saintly. ”
Christopher Stevens, Daily Mail

“Tapes of Lucy wandering around wearing a nappy and making gin and tonics that were once seen as marvels of science were presented, rightly, as examples of mistreatment. The problem came when photos of Carter hugging and playing with Lucy in the African jungle were shown as the opposite, rather than just a romanticised side of the same coin. The final moments of the film carried a triumphant tone it did not deserve, praising Carter’s work in chimpanzee rehabilitation with soaring violins and visions of her watching the sunset in the Gambia.”
Emily Baker, The i