Mare of Easttown; The Masked Dancer; Inside No. 9

“Its mix of excellent performances, brilliant scene setting and a sensitive murder plot have made it one of the best TV shows of the year.” 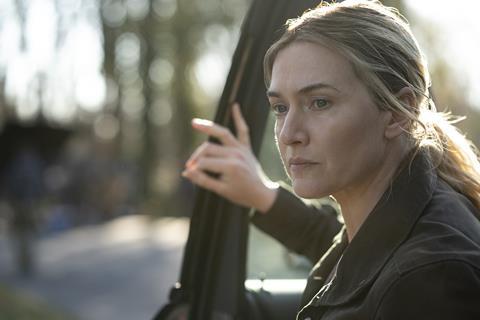 “Kate Winslet’s performance as the complicated, loving, fallible and sometimes dislikable Mare has been rightly lauded. So subtle, understated and multilayered: it was a privilege to witness it. The same, undoubtedly, goes for the series entire.”
Lucy Mangan, The Guardian

“Writer Brad Ingelsby has taken this most familiar of TV genres – the downbeat detective drama – and crafted a masterpiece. What unfolded in the final episode was a compendium of all that made the show great. Is it too much to hope that there will be another series?”
Anita Singh, The Telegraph

“Mare of Easttown has not been a fun watch – there have been multiple deaths, a drug epidemic and the spectre of interfamilial relationships hanging over the town. But its mix of excellent performances, brilliant scene setting and a sensitive murder plot have made it one of the best TV shows of the year.”
Emily Baker, The i

“All of them look wonderful, cartoonish and silly, especially when prancing around to Lady Gaga songs. The sets, too, are magnificently odd. The seriousness with which the judges treat the whole preposterous affair is phenomenal. The stream-of-consciousness, free-association thought processes that go into drawing these wild conclusions are as entertaining as the performances, if not more so.”
Rebecca Nicholson, The Guardian

“I think it’s marginally better than The Masked Singer, which no doubt means everyone else will think it’s much worse. There are two reasons for this. One is that Rita Ora isn’t involved, so immediately things are looking up. Secondly, watching a mystery person dance is visually more pleasurable than watching a mystery person sing, if you really must watch someone performing on stage while wearing a giant head in the shape of a beetroot.”
Anita Singh, The Telegraph

“As with the original, the stakes were essentially non-existent, the production budget was vast and judge Jonathan Ross was still trying to make it all about him. But aside from the chaos, the singing version created a bit of magic. With The Masked Dancer, the human connection had gone and we were left with pantomime miming and some very average dancing.”
Rachael Sigee, The i

“While the end twist was satisfying enough, it was the opening ten minutes that delighted the most, simply by being so minutely observed. Reece Shearsmith was a study in polite awkwardness as the actor anxiously rehearsing his few lines in a trailer while a grotesque oddball (Donna Preston) sat staring at him gormlessly. Further proof of how this is one of the wittiest shows on TV, even as there’s that distinct undertow of menace.”
James Jackson, The Times

“Adrian Dunbar always seems like a man who doesn’t take himself too seriously, and here he was an absolute hoot as an actor taking himself as seriously as possible. It ended with another twist which, to be honest, wasn’t that great. No matter. The episode was worth it for Dunbar’s performance alone.”
Anita Singh, The Telegraph