Me and My Penis; Planet Earth; Strike 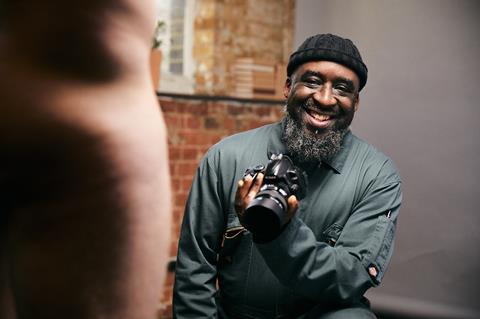 Me and My Penis, Channel 4

“This wasn’t men slapping their old lad on the table and telling swashbuckling tales of its adventures. It was a serious, thoughtful attempt by the artist Ajamu to address men’s vulnerabilities, break down taboos, explore what the penis means psychologically to men and to celebrate ‘the beauty and power of the erection’. It was an illuminating, moving hour.”
Carol Midgley, The Times

“The wobbly shots of pistons and rocket launches used to illustrate ejaculation were a bit naff. But the forest imagery was refreshing, reconnecting the penis with its natural purpose as a creator of life. This tender and thoughtful programme should be added to the sex education curriculum.”
Helen Brown, The Telegraph

“Ajamu proved a sensitive interviewer, putting his subjects at ease, even as he placed them in increasingly outré positions: surrounded by fruit, trapped in a straitjacket, caught in a series of angular poses. What emerged was fascinating. It all added up to a compelling portrait of men and the myriad ways they try, and often fail, to cope.”
Sarah Hughes, The i

“Superb camerawork like this is the gift that keeps on giving. You simply cannot tire of seeing that slowed-down footage of the giant trevally fish leaping out of the water to eat seabirds mid-air, a ritual that is as mesmerising as it is gruesome. From the flock of flamingos parading with the comic timing of a West End dance troupe, to the octopus disguising itself with shells to look like a kitsch 1970s living room ornament, this was an hour of complete wonder. You don’t say that often about repeats.”
Carol Midgley, The Times

“The show spliced together eight of the best scenes from Planet Earth II and Blue Planet II and they were all so loaded with wonder that it didn’t matter at all that we’d seen them before. We could just sit back let the waves of extraordinary spectacle whoosh over us as the soothing voice of David Attenborough whisked us from the golden Namib desert to the aquamarine water of the Pacific Ocean.”
Helen Brown, The Telegraph

“Drawing on Planet Earth II from 2016 and 2018’s Blue Planet II, and featuring a new soundtrack by movies composer Hans Zimmer, the compilation included unforgettable sequences — such as the packs of racer snakes chasing newly hatched marine iguanas across the sands in the Galapagos. I’ve watched that a dozen times and it never fails to make my heart pound as I will the babies to reach the safety of the rocks.”
Christopher Stevens, Daily Mail

“Far be it for me to call the nation’s grandfather a liar, but I am not entirely sure that watching lions searching desperately for food in ‘one of the most inhospitable’ places on Earth, or a female snow leopard trying to preserve her cub’s life in dire conditions, counts as heart-warming moments of escape. Thankfully, there were some lovely interludes, from flamingos almost dancing on ice to bottlenose dolphins rising as one through the air.”
Sarah Hughes, The i

“Strike’s attraction lies in its two charismatic leads and their sizzling chemistry, rather than the knotty cases. These can feel rushed and clumsy, becoming fiddly to follow in the transition from novel to screen. An over-reliance on flashbacks hardly helped. Still, there was much to savour. Its Sixties-style title sequence, seedy Soho setting, ale-swigging hero and dogged procedural plotting give Strike an enjoyably old-fashioned feel. It all galloped along with gusto and noir-ish charm.”
Michael Hogan, The Telegraph

“Strike is a decent detective series, but it doesn’t have the intricacy of Sherlock or the excitement of Luther. It needs much more suspense, and much less by-the-book sleuthing.”
Emily Baker, The i

“I don’t believe either of these characters could solve a mystery to save their lives, but believability has never been Brit TV crimefighters’ strong suit… so I’m prepared to tolerate the nonsense while not really knowing or caring what’s going on. If that’s wrong, I don’t want to be right.”
Stuart Jeffries, The Guardian