Men at the Barre – Inside the Royal Ballet; McMillions; We Hunt Together; Soul Boy – Our Lives 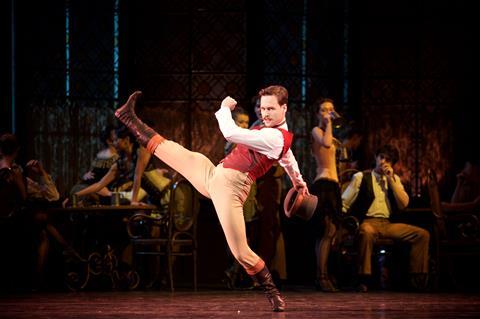 Men at the Barre - Inside the Royal Ballet, BBC4

“Despite Richard Macer’s best efforts, this turned out to be a very watchable documentary – not least because the dancers were so beautiful to watch, both in rehearsal and on stage. Ballet dancers can often seem remote, but here we got to see them chatting candidly about the profession’s highs and lows, laughing and joking with each other backstage. The processes were demystified. If there is rivalry and back-stabbing and clashes of ego at Covent Garden, that wasn’t the story Macer wanted to tell. Instead we saw support, camaraderie and personal stories.”
Anita Singh, The Telegraph

“Richard Macer’s engaging documentary had full access to the Royal Ballet, even to the extent of persuading the dancers to show how they pack their what-nots into their tights, prompting all those ’lunchbox’ quips. Older, retired dancers said that they had suffered bullying and stigma in the 1970s; a younger one said his father was not happy when he chose dance over football. It was an enlightening picture of modern icons such as Matthew Ball, Cesar Corrales, Marcelino Sambé and Steven McRae, who suffered a terrible injury on stage.”
Carol Midgley, The Times

“Once it had been established that the Royal Ballet’s principal dancers, such as Matthew Ball and and Marcelino Sambe, are, to borrow Macer’s phrase, ‘like Olympian gods’, things should have moved on. But I rarely felt any closer to understanding what drives these men or why one dancer makes it to principal and another doesn’t. A fear of alienating a casual audience meant the film felt lightweight.”
Rupert Hawksley, The i

“It is the characters who carry the series, which is remarkably unstylish in execution and rushes through parts of the investigation where you might have preferred it to linger, and lingers where you might have preferred it to pick up the pace a little. There is some footage of the ‘commercials’ made by Doug Mathews’ undercover FBI film crew but there is almost as much time spent screening old McDonald’s adverts and pictures of the outlets of the era. In a crime documentary, a little nostalgia goes a long way. After that, it just gets in the way of the story.”
Lucy Mangan, The Guardian

“True crime series can be a bit grim, what with all the dead bodies. So how about a tale featuring the Mob but no murders, some comedy FBI guys and Ronald McDonald. This is a story that probably could have been told in three instalments but has been stretched to six. Doug Mathews was a rookie FBI agent in the Jacksonville office when the case came in and he threw himself into solving it. As a TV contributor, Mathews is gold. He is wildly gung-ho, with an enthusiasm I would call puppyish. When Mathews is on screen, McMillions is a winner.”
Anita Singh, The Telegraph

“It’s a cool set-up with all the components of a great heist – undercover cops, oodles of cash going missing and a shady figure known only as Uncle Jimmy. But I had to mainline a full fat Coke just to get through the first episode. Directors Brian Lazarte and James Hernandez haven’t been able to come up with a compelling way to tell this story. So what we had was a bunch of cops in suits reminiscing, not that interestingly, and some pretty amateurish reconstructions of things that didn’t warrant the effort, like boardroom meetings or bits of paper being passed around. Mathews is clearly meant to be the diamond of McMillions. But I found him insufferable.”
Rupert Hawksley, The i

We Hunt Together, Alibi

“This wasn’t a whodunit as much as a whydunit, so we saw the killers commit the crime early on. This six-parter was written by Gaby Hull, creator of ITV’s university drama Cheat. It had a similarly attention-grabbing set-up, full of moral murk and psychological intrigue. The cast’s skilful performances compensated for a rather overwrought and occasionally clumsy script, a little too much in love with its own literary references and stagey speechifying. It’s refreshing when new dramas dare to be different, just as long as they don’t tip over into hokey, po-faced pretentiousness. It was all highly stylised, perhaps too much so. Not an entirely successful debut, then, but certainly an intense and alluring one.”
Michael Hogan, The Telegraph

“Teenager Anthony Flavin from Nottingham can move like the Godfather of Soul, James Brown. In care since social services took him away from his mother and grandmother aged six, he has been labelled with ‘behavioural issues’ and is constantly accompanied by a council carer, like a smiling jailer. This programme, part of the Our Lives series, didn’t delve into the history of Northern Soul. There was no time, which is a shame because both the music and the passion it inspired in a generation of working-class Brits deserve far more attention.”
Christopher Stevens, Daily Mail