“You really will want to snaffle it down in one sitting” 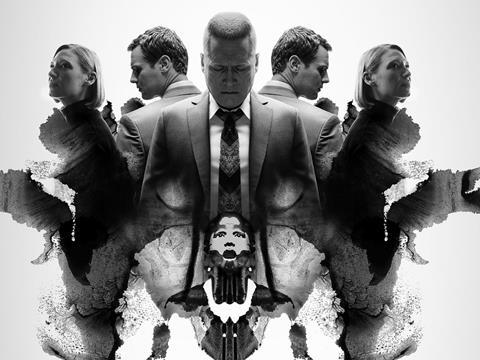 “Mindhunter’s most impressive accomplishment, though, is to weave an engrossing mystery without trivialising these real-life killers and their atrocious crimes. The series fascinates rather than unsettles. Yet the picture it paints of [Charles] Manson, [Dennis] Rader and the rest is never glib. It’s a remarkable achievement and one of those rare “binge-watch” shows that lives up to the billing. You really will want to snaffle it down in one sitting.”
Ed Power, The Telegraph

“If the Queen was watching the second part of The Queen’s Lost Family, about Edward VIII’s abdication, did she, I wonder, turn to her husband and ask: “Philip, why the hell are they playing Jungle Boogie by Kool and the Gang?” The soundtrack for this lively three-parter is unusual and certainly loud, but maybe that’s deliberate, to hammer home that Edward and his brothers were modern princes and partying playboys.”
Carol Midgley, The Times

More shocking were the snippets regarding Edward’s infatuation with fascism and his determination not to remain politically neutral on his accession to the throne. One could easily appreciate why statements such as that reportedly made by him, just days after his father’s death, to a relative attending the funeral – “Who is the King here, Baldwin or I? If I wish to talk with Hitler I will do so”– would have been a source of extreme anxiety for the prime minister and his government.
Gerard O’Donovan, The Telegraph

“Has a hanging scene ever been dragged out so melodramatically, by the way, even by Poldark’s standards? I hate TV execution scenes, but by the end even I was like a tricoteuse shouting: ‘Oh just get on with it.’”
Carol Midgley, The Times

“Not long now before we before we bid goodbye to Poldark (BBC One) forever – which may come as a relief to many. This fifth series, entertaining as it’s been in parts, has also been the most compelling argument for its demise.”
Gerard O’Donovan, The Telegraph

Secrets Of The Royal Train, Channel 5

“The anecdotes in this lightweight documentary were a bit hit-and-miss, but I did enjoy the one about panic before breakfast, as they steamed towards the Scottish border, when an unnamed royal announced that she (or he) intended to dispense with the toast and just have yoghurt.”
Christopher Stevens, Daily Mail

“There were multiple out-of-focus Mike Ashleys, like my worst nightmare, or like a knockoff Being John Malkovich with bad lenses.”
Stuart Jeffries, The Guardian