“The first episode of series two was, for the second half at least, so crazed it was as if it had been at the crack pipe” 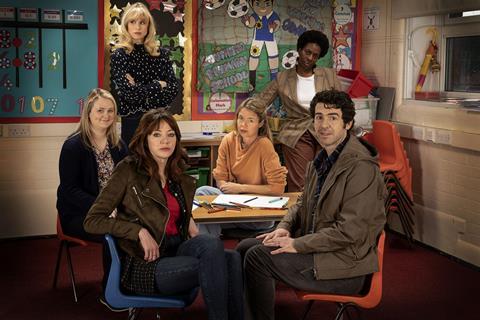 “The first episode of series two was, for the second half at least, so crazed it was as if it had been at the crack pipe. Shaky start aside, the episode was mostly a joy; poignant, funny, well observed and providing more insight into Julia’s relatable selfishness.”
Carol Midgely, The Times

“I like Motherland’s venom – some feel it pits women against each other but who wants to watch some soft, worthy sitcom about women supporting one another? That said, it does possess a streak of meanness that can make watching it more of an exercise in admiration than enjoyable light relief.”
Sarah Carson, The i

“True, there is no shortage of parenting sitcoms on TV, but there are relatively few that so ruthlessly dispense with sentiment in favour of stressed-out social satire. It’s oddly soothing.”
Ellen E Jones, The Guardian

“It aimed to be a satire on competitive parenting culture. The trouble is, striving, neurotic parents tend to be deeply annoying to watch. Cynical and spiky, this opening episode lacked the warmth and heart of Sharon Horgan’s other creations. Instead it descended into implausible slapstick, populated by unlikeable characters.”
Michael Hogan, The Telegraph

“Ian Hislop was variously playful, concerned, droll and exasperated in an intelligent film that treated viewers as if we have a brain, which makes a nice change.”
Carol Midgely, The Times

“In this impressively detailed film, which bound history and analysis of current affairs with our current climate of fear, Hislop was as smug, playful and authoritative as one would expect. His own concern was clear, but the solution, he concluded, was not a more cynical public, as he feared we may have become, but a more skeptical public.”
Sarah Carson, The i

“For 40 minutes the documentary kept up a brisk pace, from spiritualist scams to World War I propaganda about German atrocities that had an unforeseen effect 25 years later. But Hislop flagged when he came to modern-day hoaxes. For a man who makes his living in various ways from current affairs, he seemed bored by allegations of fake news tearing US politics apart.”
Christopher Stevens, Daily Mail

“The final episode of A Confession confirmed its status as one of the year’s best dramas. There might be far too much true crime on TV but when it’s done this well, all is forgiven.”
Michael Hogan, The Telegraph