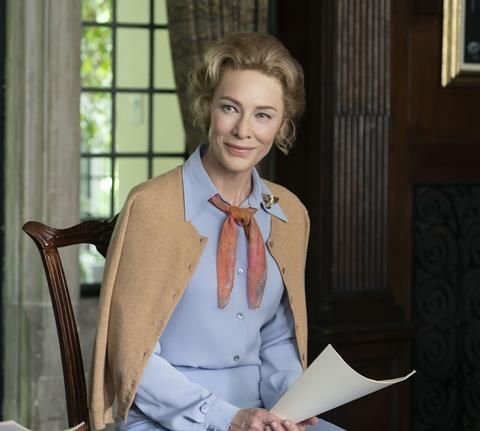 “Mrs America will either kill or cure you. On the one hand, this mini series is about the fight between reactionary author and activist Phyllis Schlafly and the great and good of second-wave feminism will evoke a time when optimism infused the land and progress seemed unstoppable. On the other hand, it reminds us that Schlafly stopped such progress. Like its spiritual predecessor Mad Men (one of whose writers, Dahvi Waller, created this series), its heart lies in showing how we got from there to here, rather than praising or damning individuals. The show marshals its abundant material brilliantly, reflecting all the besetting sins we still suffer from and for. Mrs America has a generous heart and is at all times infused with the optimism of the era.”

“Critics across the pond have raved about Mrs America but it left me cold. hich is not to say that it isn’t good – it’s skilfully written, impeccably acted and the soundtrack is a dream. But the idea of spending nine episodes immersed in the fight to ratify the Equal Rights Amendment in the 1970s doesn’t fill me with excitement, even with Rose Byrne as Gloria Steinem and, wonderfully, Tracey Ullman as Betty Friedan. Perhaps it’s because we’ve got culture wars coming out of our ears – I wouldn’t want to sit through a nine-hour series about a global pandemic either.”

“Cate Blanchett’s triumph in playing Phyllis Schlafly in Mrs America was to make her charismatic and objectionable simultaneously. What a performance, humanising this ferociously intelligent right-wing anti-feminist who led the campaign against America’s Equal Rights Amendment in the 1970s while demonstrating her cruelty to her unhappily childless, single sister-in-law. True, there were other strong performances, chiefly Rose Byrne as Gloria Steinem in her oversized specs and centre-parted hair. Yet it was Blanchett who mesmerised, glacial and ice-eyed like a blonde Joan Crawford in a sturdy Doreen bra.”

“Mrs America doesn’t offer anything quite as cosy and reassuring as right and wrong. Dahvi Waller’s excellent series is – what’s the word? It’s been a while since I’ve used it – nuanced. We may not like what Schlafly stands for but she is eloquent, fiercely intelligent, driven and refuses to take any crap – particularly not from the men in her life. Almost like a feminist. I don’t want to make Mrs America sound knotty and academic, though, because it really isn’t. It is huge fun. Camp and stylised and bursting with good humour. The costumes are gorgeous. Leave your fury at the door and you’ll discover that the culture wars have never looked and sounded so good.”

“Two schools of thought prevail about historical drama on TV. One holds that, while facts can be simplified, the characters must be faithfully portrayed, with gratuitous cameos for the famous: ‘Why, isn’t that Sir Arthur Conan Doyle, lunching with Virginia Woolf?’ Mrs America is resolutely of the first school. The costumes are lavish, the period detail is immaculate, but the overall effect of this 1970s U.S. political tale is so didactic that I can’t help wishing President Richard Nixon would throw open his wardrobe in the White House to reveal the full dress uniform of an SS Obergruppenfuhrer.”

“At his best, Alan Bennett is brilliant: poisonous Irene in A Lady of Letters, stoic widow Muriel (Harriet Walter in Bafta-worthy form) in Soldiering On. But by blanket bombing us with 12 episodes of Talking Heads, the BBC has shown up his weaknesses. Miss Fozzard Finds Her Feet embodied his worst tics. As played by Maxine Peake, Miss Fozzard talked like a Coronation Street character from the days of black and white TV despite her monologue dating back no further than 1998. The Talking Heads series is a mostly female affair but I’m not sure Bennett likes women much, considering the humiliations he inflicts upon them. Miss Fozzard was a lonely soul, caring for her brother after he suffered a stroke. The only bright spots in her routine were regular visits to the chiropodist.”

This lumbering, overwrought melodrama about pre-war race riots in California has Rory Kinnear as a diffident Los Angeles doctor who is secretly planning an invasion by Hitler’s stormtroopers. Natalie Dormer plays several characters, including a demonic goddess trailing fields of fire, a platinum blonde with an Aryan infant that lives inside her body, and a scheming political aide sporting round specs and a permanent wave. Despite the supernatural weirdness and the jackboots, Penny Dreadful has the slow, stagey pomposity of a 1980s blockbuster.”