Murder in the Outback; Great Paintings of the World; The Other One

“A masterclass in true-crime telly”

Murder in the Outback: The Falconio and Lees Mystery, Channel 4 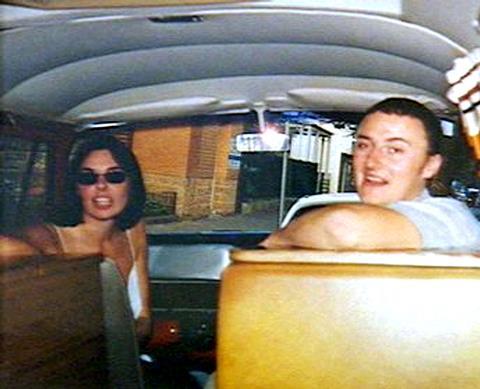 “Joanne Lees, doubtless, will hate this four-hour series, not least because it serves up the night she says her life was destroyed as entertainment. It is a masterclass in true-crime telly, right down to the fact I worried more about the motives of the people who made it than about Murdoch’s motive for killing Falconio, if he did. There are all the hackneyed moves from the Making a Murderer playbook: moody piano arpeggios, slow-mo footage, dodgy audio from prison phone calls and cliffhanger reveals just before the closing credits to keep you coming back for more.”
Stuart Jeffries, The Guardian

“This is a fresh look at the case, made by an Australian documentary team and featuring new testimony from some of the original witnesses, police officers and reporters involved. But when a colourful character called Andrew Fraser appears, we have something of a credibility problem. It leaves Channel 4 open to the charge that it is digging up the past purely for entertainment value, and with an unreliable narrator. I have, though, seen all four episodes and must admit that I was gripped by the other three.”
Anita Singh, The Telegraph

“How to describe the tone of Murder in the Outback? I think ‘gleeful’ might cover it. From the outset this revisiting of the disappearance of the British backpacker Peter Falconio (Bradley Murdoch is serving life for his murder) and the attempted abduction of his girlfriend, Joanne Lees, in Australia in 2001 was treated as a juicy ‘Agatha Christie thriller’, with gaudy reconstructions and mood music. However, it was also pretty interesting, even if I did feel faintly grubby watching it. Channel 4 has denied that this is a ‘tabloid presentation’, but it is obvious that this series wants to raise a question mark over Lees again. For Lees, who now lives in Australia, it must feel like an ordeal without end.”
Carol Midgley, The Times

“Even if you already know every detail of the Falconio case, one of the most controversial investigations in Australia’s crime annals, it’s worth watching this four-part documentary just to relish Fraser’s fruity phrases — noisome enough to turn Dame Edna Everage’s blue rinse white.”
Christopher Stevens, Daily Mail

The Great Paintings on the World, Channel 5

“There was nothing new or ground-breaking here; had this been on BBC Two or the slowly expiring BBC Four, a presenter would have had a clever thesis up their sleeve. [Andrew] Marr gave us a brief history of Leonardo’s career and he explained how the painting’s celebrity status was achieved in part after it was filched from the Louvre by an Italian. Despite all that, Marr didn’t quite nail his brief of explaining why this painting has become so beloved.”
Anita Singh, The Telegraph

“This is a bit like a Beginner’s Guide to Art, though Marr’s loud, rambunctious presenting style has not been subdued for the gentler subject. The hour was a whirlwind tour of the most tabloid-worthy elements of the story, from Leonardo’s obsession with learning human anatomy via gruesome autopsies to the story of the Mona Lisa’s theft. The film may not have been a brand-new analysis of the painter’s technique or revelations on his inspiration, but I guess you’ve got to keep your audience enthralled somehow. Not all arts programming can be for those already acquainted with the basics.”
Emily Baker, The i

“Channel 5 schedules have ceased to be entirely filled with documentaries about swingers, grannies with Turkish toyboys, debt collectors and people too obese to get out of bed. It also has strong, low-budget drama, and some excellent travel and archaeology shows. Culture isn’t dead yet… On the strength of this opener, there will be no Fake Or Fortune revelations, but plenty to entertain.”
Christopher Stevens, Daily Mail

“In many ways, this is a bread and butter Friday night sitcom: it’s based around a family, there’s a heartfelt storyline and a few blue jokes are thrown in. But writer Holly Walsh (creator of Motherland and a regular on Radio 4’s The News Quiz) has found enough nuance and memorable moments – a doomed hen do featuring endless “dick’n’mix” and “Claire with an I from Dubai” is a particular highlight – to set it apart from the pack.”
Emily Baker, The i