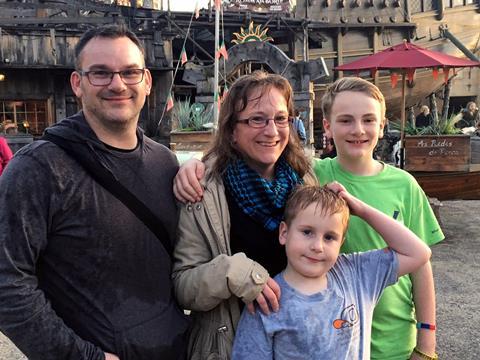 “As a documentary, it of course stands in the shadow of the magisterial 1989 film by Valerie Kaye, John’s Not Mad, and the follow-ups since about John Davidson and the severe manifestations of Tourette syndrome with which he lives. It had none of those films’ craft, subtlety or tenderness. It was a very basic delivery of a very basic story.”
Lucy Mangan, The Guardian

“British Airways proper didn’t emerge until 1974 and they didn’t get that far in last night’s programme. They did, however, pack in some interesting bits of aviation history.”
Matt Baylis, Daily Express

“Being told that ‘the plane used on the pioneering 1919 flight was an Airco de Havilland 4A’ will have delighted Airfix enthusiasts, but for the rest of us the fun came from the tales of the golden age of air travel.”
James Jackson, The Times

“This is an odd drama. We know it’s emotional, because everyone trudges around London in the rain. The characters are so sly and heartless, yet we’re meant to care about their lost dreams and heartbreaks. After two episodes, I’m tiring of them.”
Christopher Stevens, Daily Mail

“The thing I’m most noticing about The Split is the poor quality of the blokes. Abi Morgan’s drama is, of course, at heart, a drama about strong, interesting, powerful women. Does that mean the men can only be nasty, neurotic or dull?”
Matt Baylis, Daily Express

“I normally find ten minutes of Philomena Cunk’s incessant idiocy about enough, but the final part of Cunk on Britain was her funniest half-hour yet, an ineffably daft tour through the rock’n’roll years of the 1960s to today, leaving no cliché unturned.”
James Jackson, The Times

The Royal Wives Of Windsor, ITV

“Despite the plethora of programming, it’s unlikely there will be a better survey of Windsor marriages than Royal Wives. It revealed little that was new, but the footage that illustrated their stories, from Wallis Simpson to Kate Middleton, was well selected. Better still, the talking heads had something to say.”
Christopher Stevens, Daily Mail