My Grandparents’ War; The Secret Life of the Zoo; The Baby Has Landed; The X Factor 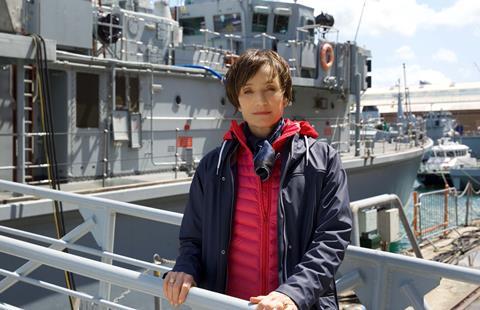 “My Grandparents’ War is proving a formidable challenger to Who Do You Think You Are? and the like in the celebrity ancestors stakes, and in truth it is the classier customer. Granted it has a narrower, simpler brief and doesn’t have to uncover long-distant (often quite dull) relatives from the 18th century. But the three episodes so far have had quality running through them as true as ‘Blackpool’ in a stick of rock.”
Carol Midgley, The Times

“Kristin Scott Thomas brought her customary quiet reserve to proceedings. She cried, then promptly apologised for the show of emotion. But this was a very poignant film for Scott Thomas to make. Like so many heroes of that conflict, her grandfather did not speak of his wartime experiences. Programmes like this play an important role in keeping the memory of their heroism alive.”
Anita Singh, The Telegraph

“My Grandparents’ War has so far been impeccable – you’re left wondering how the producers landed four such big British stars with such fascinating family tales of the Second World War. Scott Thomas, playing herself, demonstrated why she is such a talented actress – she was constantly empathising, and wondering what it felt like to be on those seas eight decades ago.”
Barbara Speed, The i

“Kristin began her researches with the sort of wry smile that comes naturally when we remember people we loved as children. She joked that her children nicknamed her ‘the Admiral’ because of her bossy ways. But her indulgent fondness was replaced by speechless admiration for what her grandfather had done. It will change the way she thinks of him forever.”
Christopher Stevens, Daily Mail

The Secret Life of the Zoo at Christmas, Channel 4

“This show set in Chester Zoo has been going for eight series now. What is the secret of its popularity? The animals are adorable, the keepers clearly love their charges, there are more good news stories than bad. The Christmas theme saw the staff wearing Santa hats and doling out festive food treats: sprouts for the pigs, star-shaped watermelon for the tree kangaroos. But otherwise it was business as usual.”
Anita Singh, The Telegraph

“Of course, they didn’t know it’s Christmas time at all – but there was still something heartwarming in seeing the animals get their Christmas gifts from zookeepers, who, in their excitement and passion about their work, were the real stars of the show.”
Barbara Speed, The i

“The Baby Has Landed, mostly without trying too hard, manages to land resonant truths about baby-rearing, such as the constant worrying over money and the niggles between couples when one feels that the other isn’t pulling their weight. It also delivers occasional moments of poignancy.”
Carol Midgley, The Times

The X Factor: The Band, ITV

“Presumably, Cowell was hoping to breathe new life into the franchise; instead, he appears to be keeping it on life support against doctors’ best advice. The Band has been rushed out. Spanning four episodes across one week, it feels like a peculiar addition to the format, rather than a genuine contender for what it might do next if it has any chance of survival.”
Rebecca Nicholson, The Guardian