My Week As a Muslim; Life at 100; Piers Morgan’s Life Stories

“A documentary so spectacularly odd in every respect that it’s hard to believe it wasn’t conceived as a dare.” 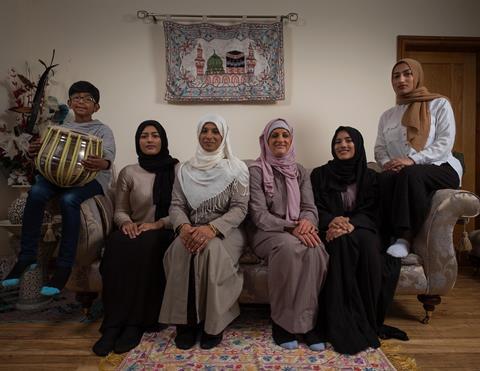 My Week As a Muslim, Channel 4

“A documentary so spectacularly odd in every respect that it’s hard to believe it wasn’t conceived as a dare. Like Wife Swap meets Undercover Boss meets Snog Marry Avoid meets the bits of Little Britain that everyone has decided were a bad idea.”
Rebecca Nicholson, The Guardian

“It was a good idea, laudable in its aims, but ultimately the producers seemed a little too distracted by the disguise element. Which in the end made it feel a bit Mrs Doubtfire.”
Carol Midgley, The Times

“My Week as a Muslim has been criticised for suggesting that a white person should have to dress up as a Muslim to understand Islamophobia. But the documentary is as much about Katie overcoming her internal Islamophobia as it is about the threats facing British Muslims. With her humour and honesty, Katie made this a surprisingly moving watch.”
Daisy Wyatt, The i

“In the end, Katie’s discovery was what everyone in this country should know to be true anyway. But played out against the tragedy at the Manchester Arena it had added urgency and impact, and heavily underscored this film’s central point: that ignorance really is the breeding ground of prejudice and hate.”
Gerard O’Donovan, The Telegraph

“The financial cost of longevity is mind-boggling. Life at 100 didn’t offer any new answers, but presenter Joan Bakewell said that it is comforting that the state doesn’t write the very elderly off. I suppose all we can do is pour a stiff one and hope for the best.”
Carol Midgley, The Times

“Today, there are nearly 15,000 centenarians — but by 2050, there could be around 190,000. It doesn’t require much imagination to realise that hospitals, care homes and pension funds will all struggle to cope. This Panorama special didn’t dodge those looming problems, but it managed not to wallow in worries either. The programme was gentle rather than trenchant.”
Christopher Stevens, Daily Mail

“The interview with Kim Cattrall, in front of a studio audience, was efficient enough, but it might as well have been a press release. We learned that Kim won’t make more Sex And The City films, or marry again. But really, who cares?”
Christopher Stevens, Daily Mail

“She is a talented woman, and an engaging guest, as proved throughout this enjoyable hour-long interview. Her description of how her parents moved from Liverpool to Canada in the Fifties and struggled to put down roots was engrossing. As were her anecdotes of her early career and eventual rise to fame with Sex and the City.”
Gerard O’Donovan, The Telegraph