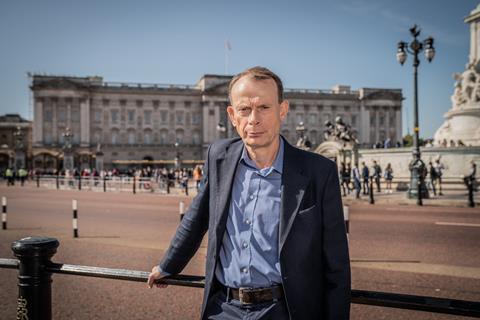 “This is essentially a series of potted biographies with a cast list as wildly divergent and random as you could imagine. At times it felt like taking an acid trip in Madame Tussauds. Marr added no fresh interviews, but did a decent job weaving the narratives and archive together. He has a sharp eye for detail and sympathy for ordinary human tales.”
Ben Dowell, The Times

“Say what you like about Andrew Marr but his new documentary series endeavours to give us something a bit different. The show worked best as a history primer for those unfamiliar with the subjects. For those old enough to have lived through the Queen’s reign, it was an enjoyable nostalgia trip with plenty of archive footage.”
Anita Singh, The Telegraph

“Andrew Marr’s selection of the figures who shaped our era was not so much controversial as inexplicable. He didn’t just ignore the obvious choices, but went to absurd lengths in nominating people who had only the most tangential effect. Shows like these are usually framed as a quest for knowledge. Marr didn’t bother with that. He knew what he wanted to say and this hour was one long lecture. But it did feature a splendid soundtrack, with witty, thought-provoking choices highlighting rock’s golden years.”
Christopher Stevens, Daily Mail

“The whole thing is beautiful. Especially, I think, when watched under Covid conditions at home. What greater respite could there be from the cares and woes of the real world than watching five people trying to work a ball along an undulating dragon’s spine with wooden levers? The basic wholesomeness of The Crystal Maze is often overlooked. But it is, now more than ever, fine family viewing.”
Lucy Mangan, The Guardian

“The game itself is thoroughly old-fashioned — glorified fairground games, throwing balls at a target or guessing riddles. But because it lacks the nastiness of I’m A Celeb’s trials and the self-importance of team contests such as Don’t Rock The Boat, there’s a cheerful innocence. And Ayoade is relishing the worst catchphrases ever heard on TV.”
Christopher Stevens, Daily Mail