“The perfect balance between sentiment and straight talking was achieved” 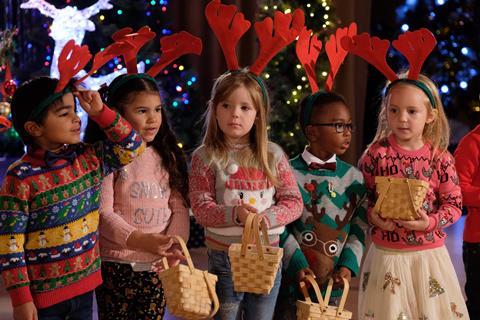 “No matter how Grinch-like, world-weary and cynical you are (guilty, guilty and guilty) Old People’s Home for 4 Year Olds is one of those programmes that will at some point make you cry. Seeing Ken watching 1964 footage of his late wife and their happy family Christmas was exquisitely sad, but also a reminder to us all of how brief life is and how deeply loss cuts (merry Christmas!).”
Carol Midgley, The Times

“The perfect balance between sentiment and straight talking was achieved in the Christmas special of Old People’s Home For Four-Year-Olds. There were lump-in-the-throat moments, but there was also plenty of mischief on show, from the old’uns as much as the pre-schoolers.”
Christopher Stevens, Daily Mail

“There was stage management aplenty, a bit of guff about the spirit of Christmas and some massaged narratives. But the heart of this series simply cannot be faked, as anyone who has tried to persuade a child or elderly relative to do anything against their will, will be well aware.”
Gabriel Tate, The Telegraph

“It was, of course, utterly touching to witness their joy as they were reunited. What I loved were the stories that emerged – of geese and chickens in the garden during the Second World War – and the reflections on how Christmas has changed.”
Sarah Carson, The i

“Unrelentingly bleak as it was, that final conversation between Beth and Billy Winters in the stone hut was mesmerising and wonderfully acted by Ann Skelly and Matthew Rhys. Rhys showed himself masterful at portraying a complex character, at turns deeply unpleasant and sympathetic, but never not convincing.”
Carol Midgley, The Times

“Everything looked stunning – a great advert for the Co Fermanagh tourist board – but despite the fiddles that clearly intended to signpost grave tension, this drama never really picked up the pace.”
Sarah Carson, The i

“Forswearing any scintilla of hope, this was a personal tragedy with wider resonance: we rekindle Ireland’s religious divisions at our peril.”
Gabriel Tate, The Telegraph

“A curious rerun of arguments that have been made repeatedly over the past two years by people with greater political insight and better comedy chops. I kept waiting for the punchline, the satire, the insight, but none arrived.”
Rebecca Nicholson, The Guardian