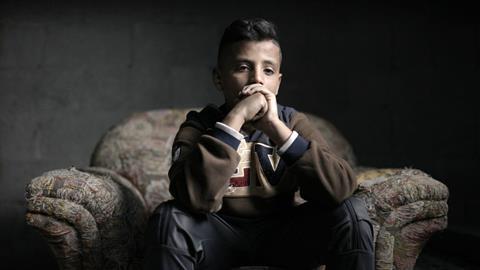 One Day in Gaza, BBC2

“This was about as level-headed and even-handed as documentaries about Israel and the Palestinians can be: that Lambert was dealing with a single day meant he could cover the ‘well actuallys’ and the ‘ah buts’ comprehensively enough for this to be a clear picture of the situation, unfogged by endless context and historical dispute.”
Jack Seale, The Guardian

“Olly Lambert’s exceptional film was wretchedly compelling from start to finish. Drawing on 100 hours of footage, it spared no gore, letting the chaotic, bloody images run at length to make horrific, immersive television. Its strength was in talking to both sides and drawing out the miserable complexities.”
Carol Midgley, The Times

“Victoria’s Palace was a gossamer-light look at how Victoria and Albert transformed Buckingham Palace to mark 200 years since Queen Victoria’s birth. It also gave ITV the chance to recycle illustrative clips from the drama series Victoria.”
Carol Midgley, The Times

“The documentary marked Queen Victoria’s 200th birthday this month. But it would have surely have made more sense if we’d seen it before series three of the drama ended on Sunday.”
Christopher Stevens, Daily Mail

“I could have done without the dramatic segments of Jenna Coleman waltzing through the halls: they were presumably immaculately recreated but offered little except the impression ITV wanted to give its own programming a plug. And while I’m sure that if those walls could talk, they’d share far darker secrets than those revealed here, this was an entertaining enough bit of history-lite.”
Sarah Carson, The i

“Channel 5’s four-part English-language remake of the Welsh production Diwrnod 35 (35 Days) is simultaneously satisfying and moreish. It is intriguing without being overcomplicated. The performances are uniformly good, and as a drama it is a solid piece of craftsmanship.”
Lucy Mangan, The Guardian

“Fans of last year’s family suspense chiller Blood will recognise the style. It’s all shot with lots of dramatic lighting and deep shadows, in a house full of oil portraits and four-poster beds. I’m betting that, by Wednesday, young Mabli will be burning effigies of her cousins while chanting in Latin backwards. But that won’t stop me watching.”
Christopher Stevens, Daily Mail