Out of Her Mind; Blood Of The Clans; Boswell & Johnson’s Scottish Road Trip 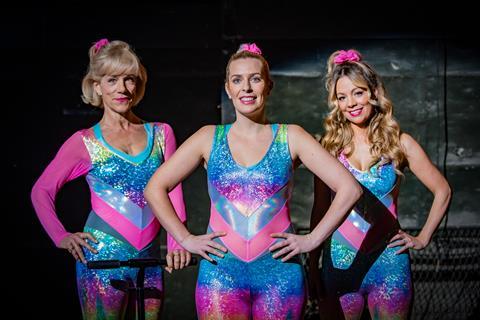 Out of Her Mind, BBC2

“We’ve seen this sort of highly personal, mascara and wine-drenched comedy before. However, Pascoe takes things up a notch. All the supporting characters here jostle openly for a place in a narrative that doesn’t so much break the fourth wall as demolish it with a JCB. Pascoe’s writing is warm, honest, richly textured and at times very funny, packed not so much with good lines (although there were many) as great moments.”
Ben Dowell, The Times

“The writing is quintessential Pascoe. Unadorned, direct, seemingly simple and effortless, and actually polished, honed and perfectly weighted along every hardworking inch. It is another fine addition to a rising tide of talent that was until now rarely allowed to cause much more than a ripple.”
Lucy Mangan, The Guardian

“Keenly aware that a spoonful of clowning helps the feminism go down, the 38-year-old comedian has treated her deliciously subversive new sitcom like a circus, in which she acts as both savvy authorial ringmaster and Socially Clueless Silly Shoes in Chief. The killer moments come when Pascoe drops the sitcom prankery and gets real.”
Helen Brown, The Telegraph

“Sara’s character is self-absorbed and immature, unable to cope with the idea that her sister, schoolfriends and mum might want lives of their own. There’s a nasty sexist streak throughout: all the women except Sara just guzzle white wine between their Zumba classes. And what Juliet Stevenson is doing in this sitcom sludge is hard to imagine, unless she wanted to prove she can do an Essex accent.”
Christopher Stevens, Daily Mail

“The leaping back and forth between the character’s everyday life, and her scientific monologues, and the skating in fancy-dress outfits left the show feeling bitty, and Pascoe is a better comedian than she is an actor. However, Out of Her Mind successfully tackled big topics, such as rejection, monogamy and the pressure to conform.”
Kasia Delgado, The i

Blood Of The Clans, BBC4

“Blood Of The Clans evoked the clash of 17th-century Scottish warlords with detailed reconstructions, using a large cast of extras. It was all convincingly staged — not quite epic, but portrayed with a loving eye for historical accuracy and lots of gore.”
Christopher Stevens, Daily Mail

“Dramatised documentaries can be cheesy and jarring, neither well-acted drama nor absorbing documentary, but this episode pulled it off. The makers went to the trouble of trying to immerse the viewer in the past, including extra trimmings such as historians lit by atmospheric candlelight, plenty of beautifully wild Scottish scenery, and rousing, epic music.”
Kasia Delgado, The i

“You don’t get much proper thump-in-the-guts faith on telly these days and most religious programming, let’s face it, tends to feel like quota-filling. It’s often worse for Roman Catholics such as Skinner, who tend to be the bad guys, usually on the rough end of documentaries about priestly paedophilia. So this was a proper breath of air nearly as fresh as the sea gale that seemed poised to knock Skinner off his feet.”
Ben Dowell, The Times