Page Three: The Naked Truth; The Politician; Tutankhamun in Colour 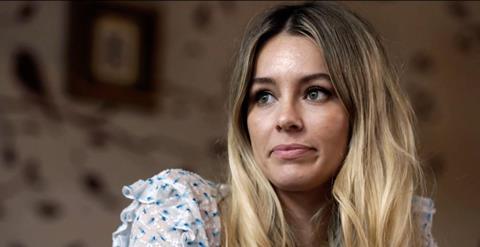 “We move through the decades of topless modelling in the Sun (first), the Daily Star (first boob wagon-jumper), the Daily Sport and the ever-swelling mass of competitors (to which lads’ mags were added in the 90s). And we revisit the 80s greats – Samantha Fox’s, Maria Whittaker’s, Debee Ashby’s – and the originals’ – Jilly Johnson’s, Nina Carter’s – and the later cohort’s – Jordan’s, Keeley Hazell’s, Emma Morgan’s, Hannah Claydon’s – and sometimes the women attached to them spoke”
Lucy Mangan, The Guardian

“This documentary’s strength was that it let former Page 3 girls do most of the talking, some rueing their career choice, others with no regrets. Its weakness was that it used the occasion to show as many pairs of naked breasts as possible. I counted about 18 in the first five minutes. However, it was interesting to see how many of the women thought it had enhanced their lives and opened doors (one said it lifted her out of poverty), while others said they felt damaged and exploited. Ashby had ended up in therapy. “I was too young to go into the trade,” she wept. No one could disagree with that.”
Carol Midgley, The Times

“According to Page Three: The Naked Truth, the three most photographed women in Britain during the 1980s were Margaret Thatcher, Princess Diana and Samantha Fox. I like to think Baroness Thatcher and the Princess of Wales would have reacted just as Fox did if, like her, they had been pinned up against a wall and groped by David Cassidy. “Bang, straight in the b——s,” she recalled of the encounter in a restaurant loo.”
Anita Singh, The Telegraph

“The show has always excelled at satirising people who exploit “woke” culture for their own personal gain, with cultural appropriation, zero-waste living and sex positivity all flitting between being Payton’s campaign platform and his biggest downfall. But these concepts are never mocked with actual cruelty. Sure, it’s a bit ridiculous to always carry around a glass bottle to avoid using plastic packaging and yes, cancelling an adult for a fancy dress costume they wore when they were six might be a bit OTT, but the big ideas they represent are presented in a positive, respectful light.”
Isobel Lewis, The Independent

“Perhaps The Politician arrived at the wrong time. A satire about politics? Now? Or perhaps this kitschy Ryan Murphy show failed to land because it features the most insufferably entitled rich kids since Gossip Girl. But it’s back for a second series, and it has a saviour in the form of Bette Midler. Midler plays Hadassah Gold, loyal chief of staff to Senator Dede Standish, who is played by Judith Light. The pair don’t so much steal the show as turn it into their own personal heist movie. Unfortunately, they’re not on screen all the time, and we’re stuck with the rest of Murphy’s characters.”
Anita Singh, The Telegraph

“It was one of those hours that passes in a flash, so luscious and perfectly absorbing is the content. Early footage of the discovery of the boy-king’s tomb was given the colourisation treatment used in Peter Jackson’s They Shall Not Grow Old and Auschwitz Untold: In Colour. Obviously here the subject was not tragic, but the technique never fails to elicit an emotional response; it reminds us how close the past is. Seeing the tomb and the sarcophagus just as Howard Carter saw them in 1922, not in black and white, was remarkable.”
Carol Midgley, The Times