Panasonic will provide a huge quantity of both broadcast and AV equipment for HD coverage of the Winter Olympics in Vancouver next year. 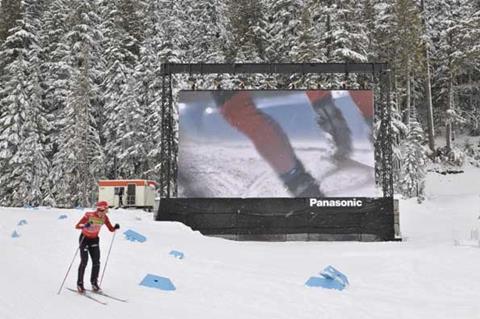 Competition venues and broadcasting locations in the Canadian city will be kitted out for HD broadcast coverage with:

All international video signals will be produced and distributed in HD from the International Broadcasting Centre to rights-holding broadcasters around the world.

DVCPRO HD will be the recording format for Games.

HD signals will also be provided for the large LED screens in the venues and stadiums.

At BC Place Stadium in downtown Vancouver - where the opening and closing ceremonies will take place, -Panasonic will install three LED video screens with a total display area of 243 m2.

The AV set-up will include:

The kit will be provided through cooperation with the International Olympic Committee (IOC), the Vancouver Organizing Committee for the 2010 Olympic and Paralympic Winter Games (VANOC), and the Olympic Broadcasting Services Vancouver (OBSV).

Panasonic is also sponsoring a corporate pavilion at the 2010 Winter Olympics that will showcase stereoscopic 3D technology.

It is not clear yet whether any of the 3D material will be from the Vancouver games themselves.