“The last episode of Paula descended into a maelstrom of madness.” 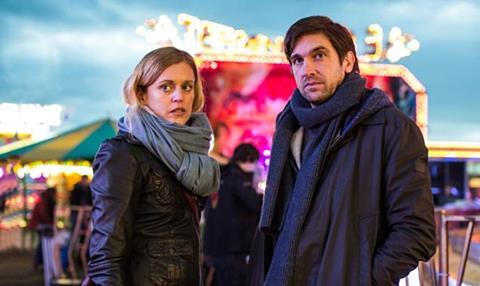 “The last episode of Paula descended into a maelstrom of madness. I’m still trying to make sense of it, but I’m not entirely sure it’s possible. It was as if someone had gathered up a load of endings from various different thrillers and stuck them together with some very poor quality, nasty-smelling glue.”
Lucy Mangan, The Guardian

“It is funny —or is it? — how an enticingly undefinable drama can, within three episodes, turn into a mess that makes almost no sense on any level. With the finale of it was not a matter of loose ends being left untied by its author Conor McPherson. Whole strands of the yarn flapped hopelessly in the foetid air or else tangled on the floor of our anti-heroine’s dank, dark cellar/subconscious.”
Andrew Billen, The Times

“Playwright Conor McPherson’s three-part psychological thriller reached its searing climax with scares and twists that took the breath away. With its sparse script, supernatural flourishes and unpredictable plotting, Paula might have been uneven but it was also bold, memorable and never less than compelling.”
Michael Hogan, The Telegraph

“Hitting the wrong note in every conceivable way was the final episode of dark Irish thriller Paula, a TV drama where nobody opened their curtains, switched on a light or had any food in their cupboards. It’s a given that you have to suspend belief for television dramas, but last night’s finale asked too much of the viewer.”
Claudia Connell, Daily Mail

“It touches on all the important themes of the book but doesn’t have time to expand on or investigate any of them thoroughly. But none of this matters, because Oprah Winfrey carries all before her. It is a slalom race of a part and she negotiates every hairpin bend with utter certainty and consummate skill.”
Lucy Mangan, The Guardian

“Scenes of journalism aren’t the most visually thrilling screen spectacle. The film also tended towards the tear-jerkingly sentimental. As a portrait of unlikely female friendship and impassioned campaigning, though, it did justice to little-known heroine Lacks.”
Michael Hogan, The Telegraph

“Any cynics, like me, who tuned into DIY SOS: The Big Build must surely have been glad they did, because it would have taken a heart as stony as a newly created gravel path not to have been moved by the episode.”
Claudia Connell, Daily Mail